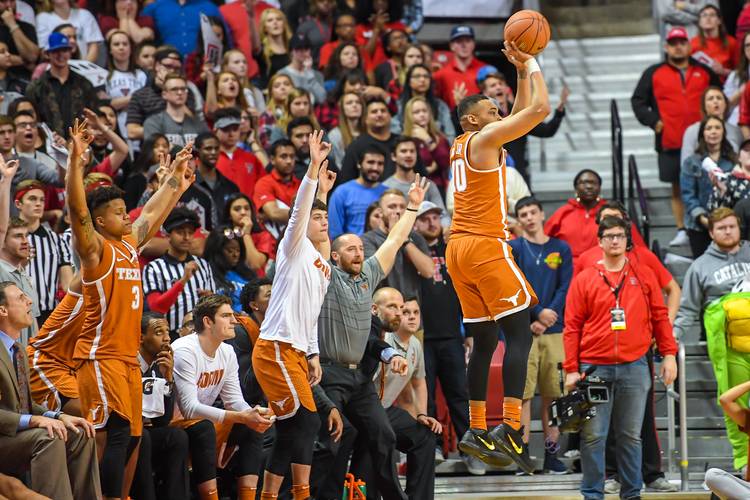 Eric Davis Jr. of the Texas Longhorns shoots a three-point shot during the game against the Texas Tech Red Raiders on January 31, 2018 at United Supermarket Arena in Lubbock, Texas. Texas Tech defeated Texas 73-71 in overtime. (Photo by John Weast/Getty Images)

The Longhorns men’s basketball team will face a tough test on Saturday as they host Trae Young and Oklahoma at the Erwin Center at 5 p.m. The game will air on ESPN2 with radio coverage on The Horn. Earlier in the day, the Longhorns women’s basketball team will host TCU. The game can be seen on the Longhorn Network. Following the women’s game, the Texas alumni baseball game will air on the Longhorn Network at 2 p.m. On Sunday, a former Longhorn will win a Super Bowl ring. Either Malcom Brown of New England or Jordan Hicks and Marcus Johnson of Philadelphia will earn Super Bowl LII rings. Only Brown is getting significant playing time, with Hicks out with injury and Johnson getting few snaps.