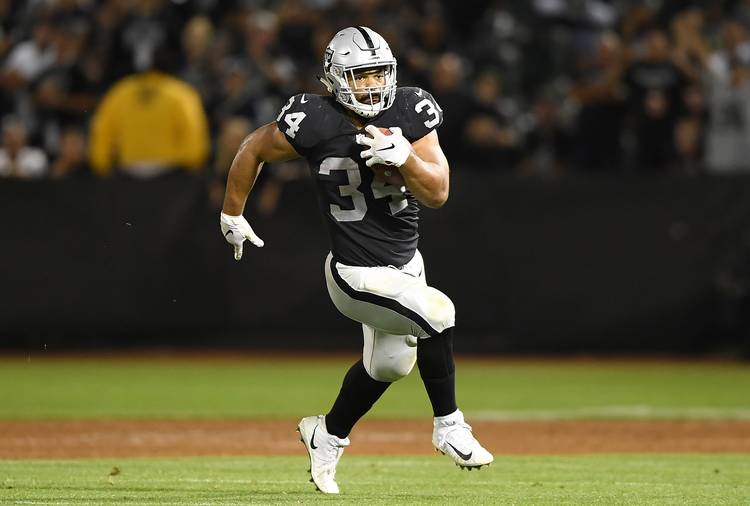 Chris Warren #34 of the Oakland Raiders carries the ball against the Detroit Lions during the fourth quarter of an NFL preseason football game at Oakland Alameda Coliseum on August 10, 2018 in Oakland, California. (Photo by Thearon W. Henderson/Getty Images)

Texas volleyball fans will get their first look at this year’s squad during the Orange-White scrimmage. The exhibition will take place Saturday and be televised on the Longhorn Network at 11 a.m.

On the basketball court, Ariel Atkins and the Washington Mystics have locked up a playoff spot and can be seen on NBATV Friday at 6 p.m. as the regular season winds down.