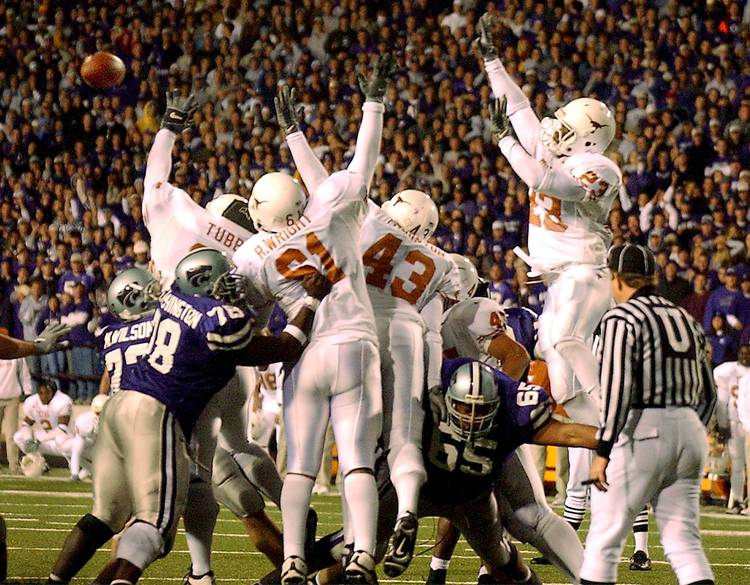 The Texas defense blocks a field goal in the last seconds against Kansas State's to win 17-14 in Manhattan, Kansas on Saturday, October 19, 2002. (Deborah Cannon/American-Statesman )

The Longhorns football team is riding high after two straight wins over top-25 teams. The Longhorns’ next contest is in Manhattan, Kan., however, and they haven’t won there since 2002. Watch Texas attempt to end that streak on Fox Sports 1 at 2:30 p.m. Saturday.

Basketball fans can get a glimpse at former Longhorns as they take the court in preseason action. Kevin Durant and the Golden State Warriors take on the Minnesota Timberwolves Saturday night at 7:30 p.m. on NBATV.

A few more former Longhorns will be in action on the football field Sunday. Safety Quandre Diggs and the Detroit Lions will take on the Dallas Cowboys. He’ll face Geoff Swaim and Connor Williams of the Cowboys at noon on Fox.