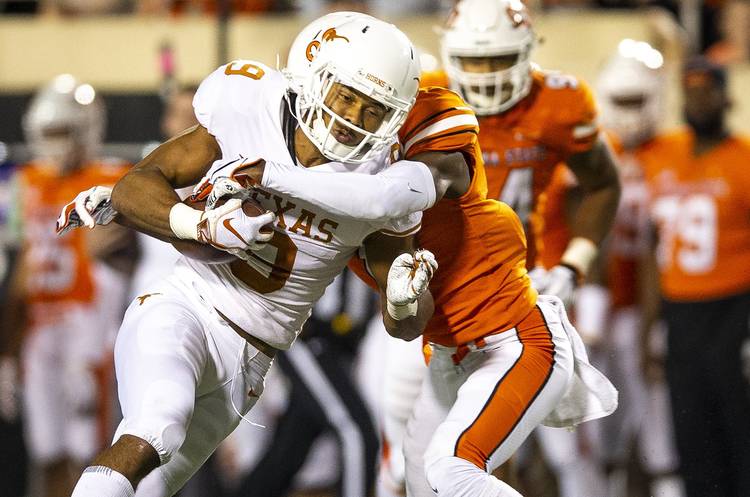 The Texas football team will try to bounce back from last week’s loss to the Oklahoma State Cowboys as it takes on No. 13 West Virginia Saturday. Kickoff is set for 2:30 p.m. on Fox.

The Monday Night Football contest between the Titans and Cowboys will have four former Longhorns in action. That game kicks off at 7:15 p.m. on ESPN.