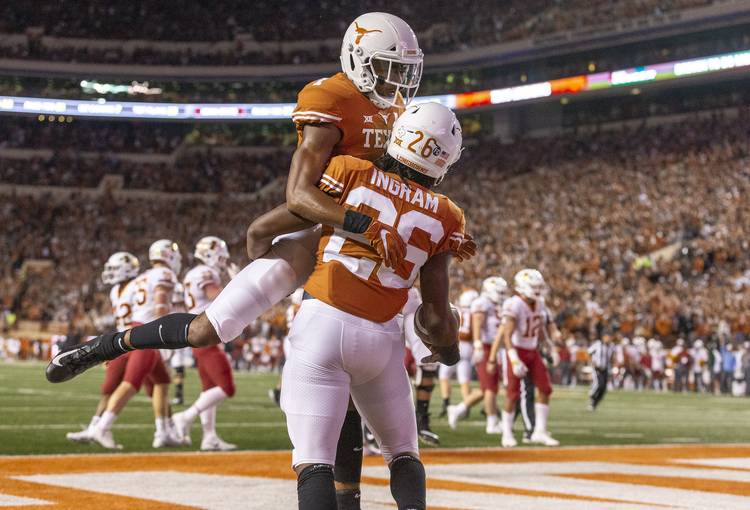 Texas running back Keaontay Ingram (26) celebrates his touchdown against Iowa State with wide receiver John Burt (1) in the first half of a Big 12 Conference football game at Royal-Memorial Stadium, Saturday, Nov. 17, 2018. [Stephen Spillman for Statesman]

The Texas football team will attempt to defeat the Kansas Jayhawks on the road to secure its spot in the Big 12 championship game. Sam Ehlinger is expected to play in the contest that starts at 11 a.m. on FS1 Friday.

Also on Friday, the men’s basketball team will try to follow up its big win over No. 7 North Carolina with a victory against another traditional powerhouse. The Longhorns will face Michigan St. in the Las Vegas Invitational final. The big win on Thanksgiving was highlighted by a career-high 32 points from Kerwin Roach II. Tip-off is set for 5:30 p.m. and the game will air on Fox and radio 104.9.