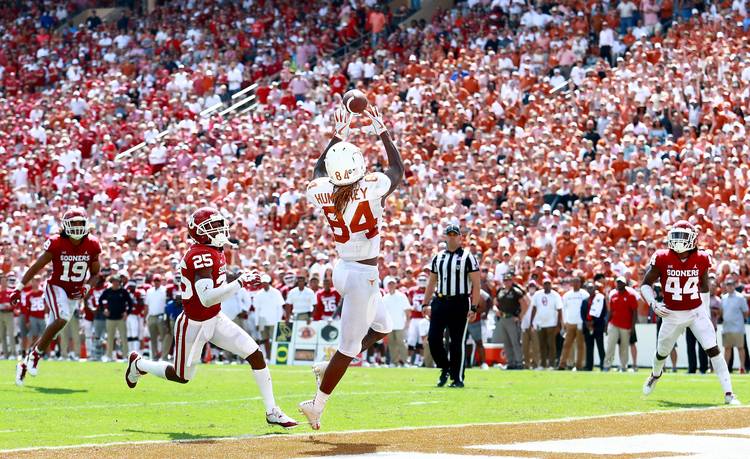 Lil'Jordan Humphrey #84 of the Texas Longhorns scores a touchdown against Justin Broiles #25 of the Oklahoma Sooners in the second half of the 2018 AT&T Red River Showdown at Cotton Bowl on October 6, 2018 in Dallas, Texas. (Photo by Tom Pennington/Getty Images)

The Texas Longhorns and the Oklahoma Sooners get to do it all over again. For a second time this season the Longhorns and Sooners will face off at a neutral site. This time it’s for the Big 12 Championship at AT&T Stadium in Arlington. Coverage is early Saturday at 11 a.m. on ABC.

A day before UT tries to win a Big 12 football championship, the volleyball team will try to take another step toward an NCAA championship. The Longhorns will take on Texas State in the second round of the tournament at Gregory Gym. The match is set to start at 8 p.m. with coverage on the Longhorn Network.