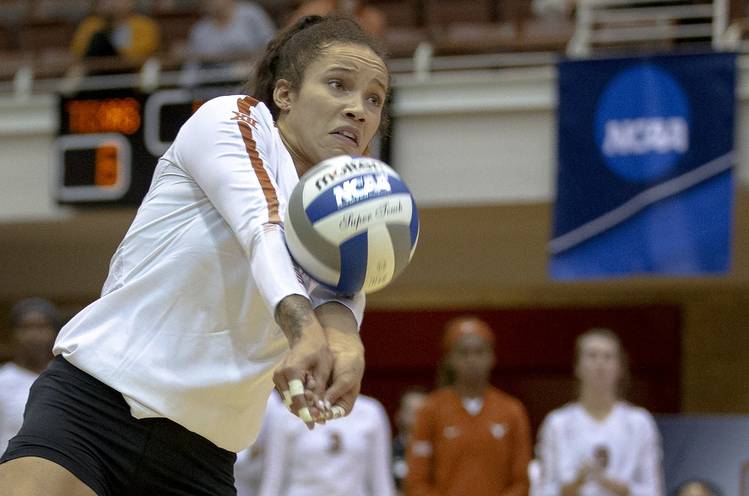 Texas outside hitter Micaya White (1) passes the ball during an NCAA volleyball game against Stephen F. Austin in Austin on Nov. 29, 2018. [NICK WAGNER/AMERICAN-STATESMAN]

The Texas volleyball team kicks off the Sweet 16 at the NCAA Tournament, beginning Thursday at 3 p.m. The Longhorns face Michigan on ESPNU. If Texas wins, they’ll play Saturday at 7 p.m.

The men’s and women’s basketball teams will both be in action Sunday. The men will try to bounce back from a loss to Virginia Commonwealth when they take on Purdue at 5 p.m. on ESPN2. Earlier in the day the women host Tennessee at noon on ESPN2 as well.

Also Sunday, Texas fans may get another look at D’Onta Foreman. He’s been off the football field for over a year dealing with an Achilles’ injury. He’s on the active roster now and has been practicing with the Houston Texans. Foreman won’t be expected to do much so soon after returning, but it’s possible he sees the field Sunday when the Texans host Indianapolis at noon on CBS.