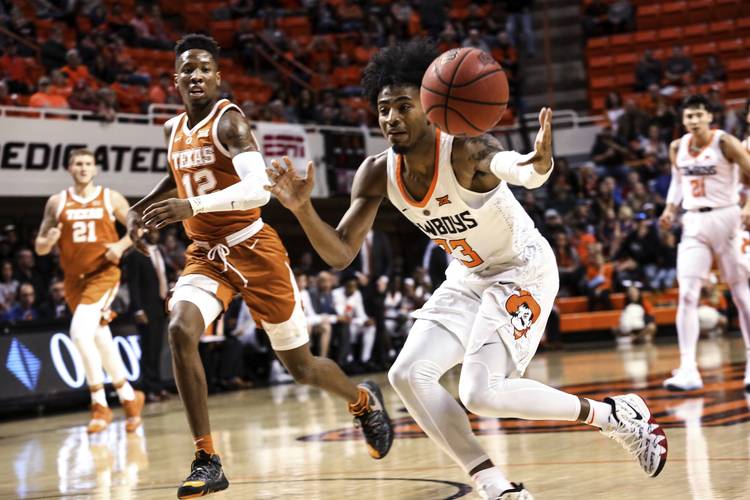 Oklahoma State's Michael Weathers loses a pass during the first half of the team's NCAA college basketball game against Texas on Tuesday, Jan. 8, 2019, in Stillwater, Okla. (Evan Brown/Tulsa World via AP)

The Texas men’s basketball team will try to bounce back from a surprising loss to Oklahoma State when it takes on Texas Tech Saturday. The Longhorns host with game coverage on the Longhorn Network at 1 p.m. After that they travel to Lawrence to take on Kansas Monday at 8 p.m. on ESPN.

A handful of former Longhorns will also be in action on the football field. Six Longhorns are expected to play in the NFL’s divisional playoff round. On Saturday, Hassan Ridgeway and the Colts will try to upset the Chiefs while Connor Williams and the Cowboys will attempt to get past the L.A. Rams. On Sunday, first-team All-Pro  Adrian Phillips and the Chargers face Malcom Brown and the Patriots. Jordan Hicks and the Eagles travel to New Orleans to take on Alex Okafor and the Saints.

Statistically speaking, where did Texas stand out during the 2018 football season?