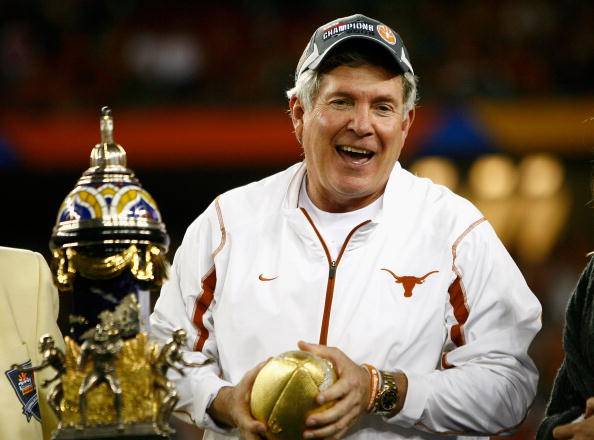 Brown is being honored for his career achievements on and off the field. He resigned from Texas in December, 2013. He led the Longhorns to the 2005 national championship. During his tenure, Texas posted nine straight seasons of at least 10 victories, which is tied for the second longest in NCAA history. For 12 straight years, Texas won at least nine games, with six seasons of at least 11 victories.

Brown and his wife, Sally, also have been involved in many community projects, including The Rise School of Austin and the Mack, Jack & McConaughey event, Caritas and the Helping Hands of Austin.