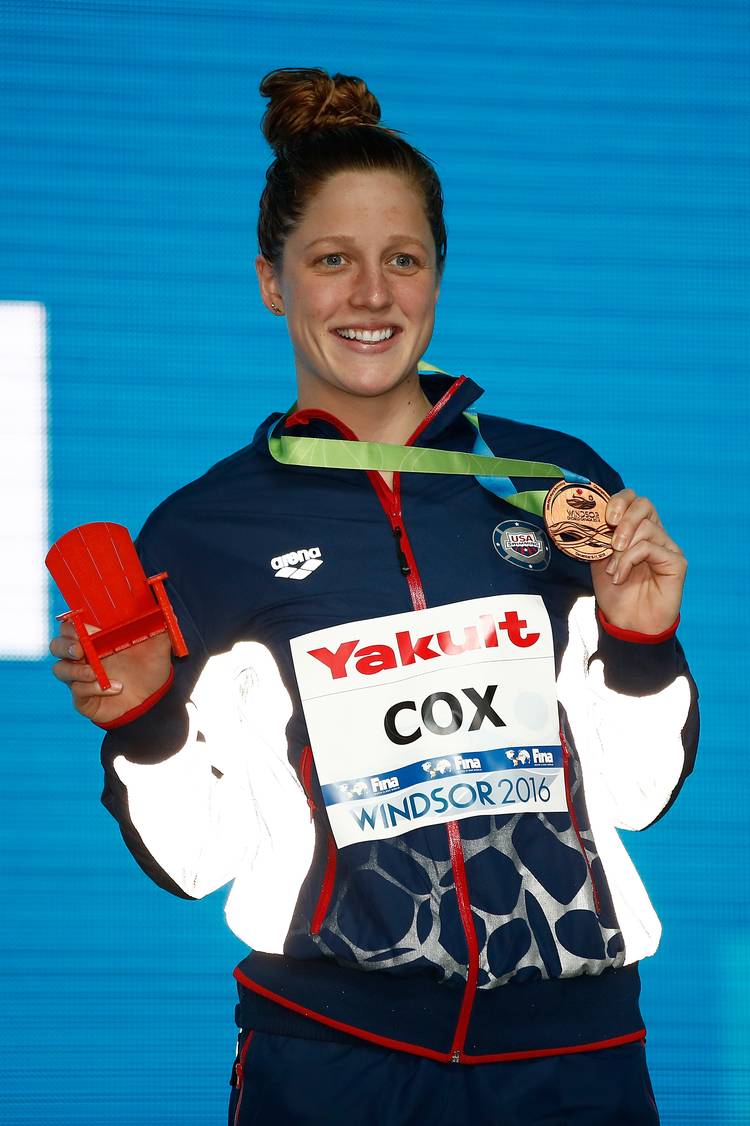 Madisyn Cox of the United States poses with her bronze medal from the 400m Individual Medley final on day one of the 13th FINA World Swimming Championships (25m) at the WFCU Centre on December 6, 2016 in Windsor Ontario, Canada. (Photo by Gregory Shamus/Getty Images)

The All-American gained her first medal at a senior level international meet after the disqualification of Anh Vien Nguyen of Vietnam.

Cox had qualified eighth in the event before earning her second international medal. She previously took a silver medal in the 200 IM at the 2015 World University Games.

Longhorns in the NFL: Week 13