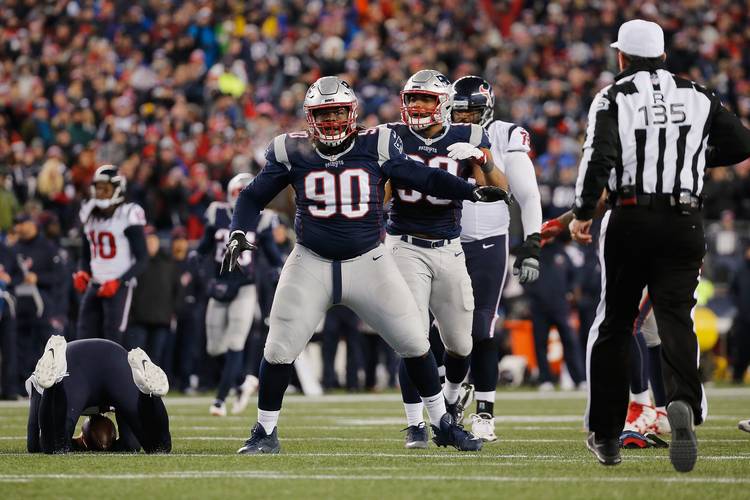 Malcom Brown #90 of the New England Patriots reacts in the second half against the Houston Texans during the AFC Divisional Playoff Game at Gillette Stadium on January 14, 2017 in Foxboro, Massachusetts. (Photo by Jim Rogash/Getty Images)

On the Longhorns’ representative at the Super Bowl:

Texas fans can thank defensive tackle Malcom Brown for keeping a nice streak alive. The Patriots defeated the Pittsburgh Steelers in the AFC title game and Brown will soon be the latest Texas ex to play in the Super Bowl. That’s 12 straight featuring at least one Longhorn.

Brown has quietly been a consistent presence on run defense all season, having started 15 games in the regular season. He finished with 24 solo tackles, three sacks and his first career safety, which came in Week 14 against Baltimore.

Defensive tackles don’t always get the attention, but Brown is quietly off to a solid start in his professional career after leaving Texas one year early for the draft. He hasn’t missed a game in his first two seasons and will start in a Super Bowl at just 22 years of age.

For the rest of Cedric’s Nuggets, including his thoughts on where Aaron Rodgers ranks among all-time NFL quarterbacks and other playoff musings, click here.