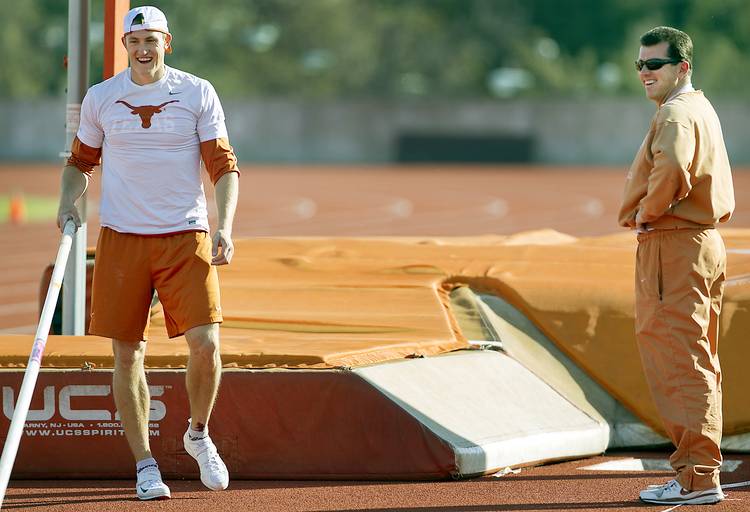 Five months after an abrupt separation from the University of Texas, Mario Sategna has landed his next job.

Arkansas men’s track and field coach Chris Bucknam added Sategna to his coaching staff on Monday. Sategna will coach field events at Arkansas. He has specialized in tutoring throwers and multi-event athletes in the past.

Since 2000, the Arkansas men have won 10 team titles at the NCAA’s outdoor and indoor meets.

“I am honored for the opportunity to coach at the most successful men’s track & field program in the history of the NCAA,” Sategna said in a press release. “To be a part of a program with such a rich history and a tradition of winning is truly an honor. There isn’t a more storied team in college athletics, and I am excited to become a part of it.”

Sategna had been the head coach at Texas since its men’s and women’s programs were merged in 2013. He was, however, fired by UT athletics director Chris Del Conte less than two weeks before the Big 12’s indoor meet in February. He was replaced on an interim basis by Tonja Buford-Bailey before Texas hired Edrick Floréal as his permanent replacement.

Sategna led the Longhorns to 11 Big 12 team titles. In its press release, Arkansas credited Sategna with personally coaching athletes who won 14 NCAA championships during his time at Texas. (Sategna was also the men’s associate head coach at UT from 2003-13).

In 2016, he took an unexplained leave of absence that lasted four months. During that time, it was reported that he was the subject of an ethics and misconduct investigation. Sategna returned to work in January of 2017.

Sategna is the second member of UT’s 2017-18 coaching staff to land a post-Texas job. Zach Glavash will be an assistant coach at Texas Tech this upcoming school year. Buford-Bailey, Ty Sevin and Brad Herbster have yet to announce their next moves.

Sports book: Good bet someone will start at quarterback for Texas