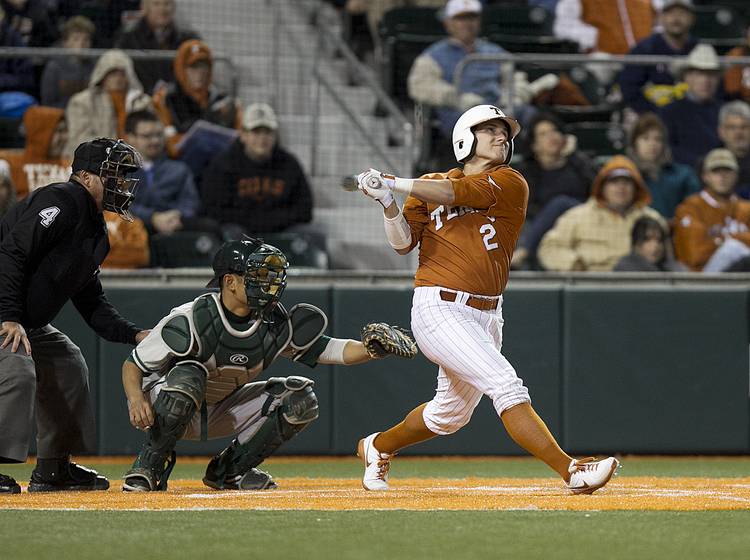 A winding road that took Mark Payton through states like Florida, Nevada and Pennsylvania has finally reached the major leagues.

After his contract was selected by the Cincinnati Reds on Saturday, Payton was used as a pinch hitter in a 3-0 loss at St. Louis. In the first at-bat of his MLB career, Payton grounded out to end the game.

A seventh-round pick in 2014, Payton spent the past six seasons in the farm systems belonging to Oakland and the New York Yankees. In 2019, the outfielder hit .334 with 30 homers for Oakland’s Triple-A affiliate.

Payton seemed poised to make his big-league debut earlier this year. Payton was selected by Cincinnati in last winter’s Rule 5 Draft. He, however, was unable to make the Reds’ roster ahead of this coronavirus-delayed season. Payton was optioned back to Oakland, but Cincinnati re-acquired his services earlier this month.

After 566 games in the minors, you can finally call yourself a big leaguer.

After a 6-year minor league journey, former @TexasBaseball star Mark Payton got the call-up to the Big Leagues. Awesome moment.

"Found out as soon as I walked in. Obviously really emotional. I don't know how to put it into words yet." @MarkPayton2 #HookEm pic.twitter.com/zf94YtotHK

Payton played in the Texas outfield from 2011-14. A three-time all-conference honoree, Payton started for Longhorn teams that reached the College World Series in 2011 and 2014. Payton set what is believed to be a national record when he reached base safely in 101 straight games during the 2013 and 2014 seasons.

UPDATE: Payton will make his first career start in Sunday’s game against St. Louis. Payton will be the Reds’ left fielder.