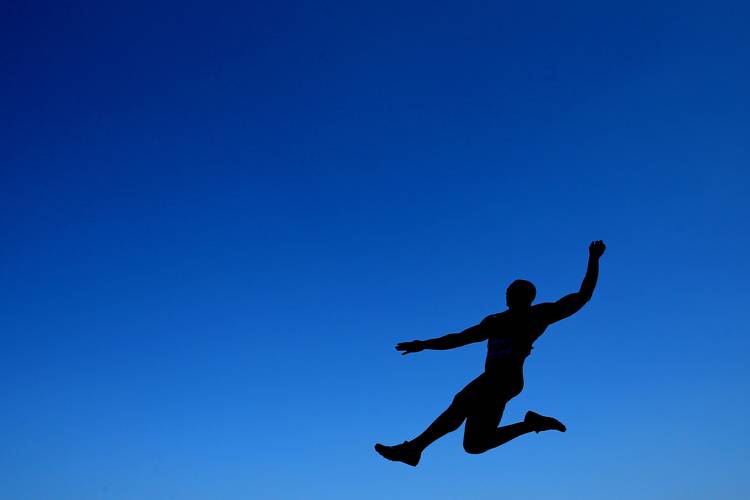 Marquise Goodwin of the USA competes in the men's long jump during the IAAF Diamond League meeting at Alexander Stadium on June 5, 2016, in Birmingham, England. (Photo by Richard Heathcote/Getty Images)

Sports Illustrated has set out to identify the most fit athletes in all of sports, and the list includes a familiar face: Former Texas wide receiver Marquise Goodwin.

How does one qualify as one of the 100 fittest athletes (50 men, 50 women)? An expert panel considered characteristics including strength, speed, endurance and agility. The Buffalo Bills receiver and Olympic long jumper came in at No. 18 on the SI list alongside Cowboys receiver Dez Bryant and Texans defensive end J.J. Watt, among others:

Some know Goodwin as an NFL wide receiver while others remember him for his track-and-field accomplishments in the long jump, including an appearance at the 2012 London Olympics. From leaping into the sand pit to squatting more than 400 pounds, Goodwin’s feats in two elite professional sports speak to his impressive athletic abilities.

After a long jump of 8.42 meters at a competition in England over the weekend, Goodwin now has the two longest jumps in the world this year.