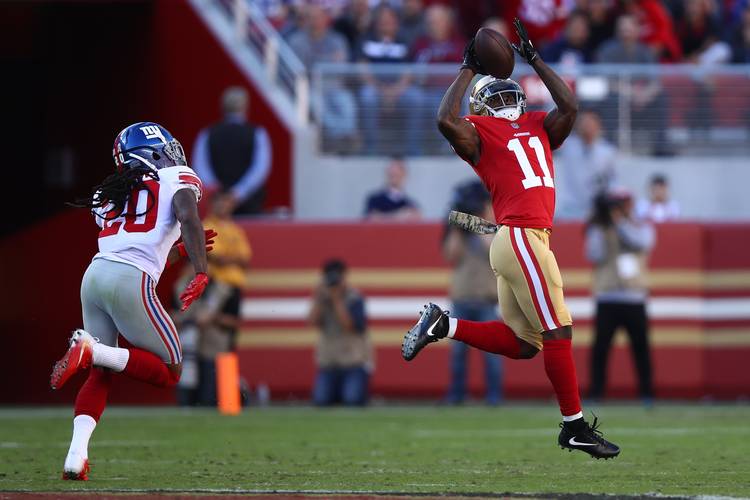 Marquise Goodwin surprised his mom and sister with a new house earlier this summer and talked about it to the 49ers media Friday after practice.

“Surprising my mom and sister with a house was the biggest thing to date that I’ve done in my life, ” he said. Raised in a single-parent home, Goodwin lived in Section 8 housing growing up.

If you do anything today watch Marquise Goodwin talk about being able to buy his mother & sister a house. Powerful stuff #49ers pic.twitter.com/HlriaarkCu

Goodwin, who we ranked No. 1 in our annual list of Longhorns in the NFL, credits his mother for his success today.

“My momma meant the world to me in my journey. Without my mom I wouldn’t be here,” he said. “The opportunities that I’ve had, I’m just blessed. And I think it’s because she was so hard on me growing up, and because we didn’t have much when I was growing up.”

The wide receiver is entering his sixth year in the league and his second with the 49ers. Last season he had a career year, catching 56 passes for 962 yards and two touchdowns. Goodwin more than doubled his career best in terms of single-season receiving yards. His previous high was 431 yards in his final season with the Bills.

The best receiver in the history of the NFL took note of Goodwin’s gesture.

Most of Goodwin’s success came with new starting quarterback Jimmy Garoppolo late last season. Expectations are growing for the former Longhorn, whose coach is another former Longhorn Kyle Shanahan.