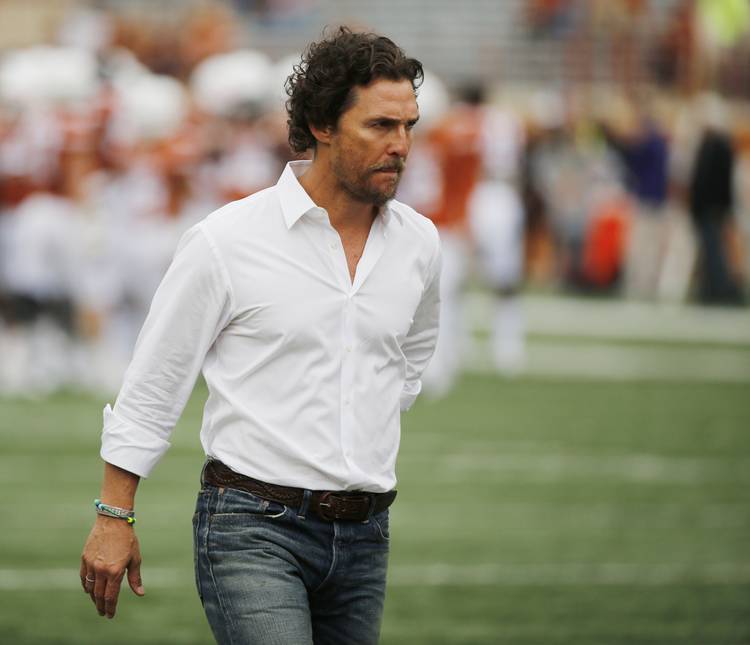 Matthew McConaughey leaves the field before the last game of the Longhorn season against TCU, November 25. 2016 at Royal Memorial Stadium. James Gregg/AMERICAN-STATESMAN

Matthew McConaughey, Texas football fan extraordinaire and star of the movie “Gold,” got political in a BBC One interview aired over the weekend.

Responding to interviewer Andrew Marr’s question of whether it’s time “Hollywood and the cultural elite of America” gave Trump a break, the actor said “Well, they don’t have a choice now. He’s our president. It’s very dynamic and divisive of an inauguration in time that we’ve ever had. At the same time, it’s time for us to embrace.”

McConaughey went on to say that people should “be constructive with him over the next four years.” Watch the full interview at statesman.com.