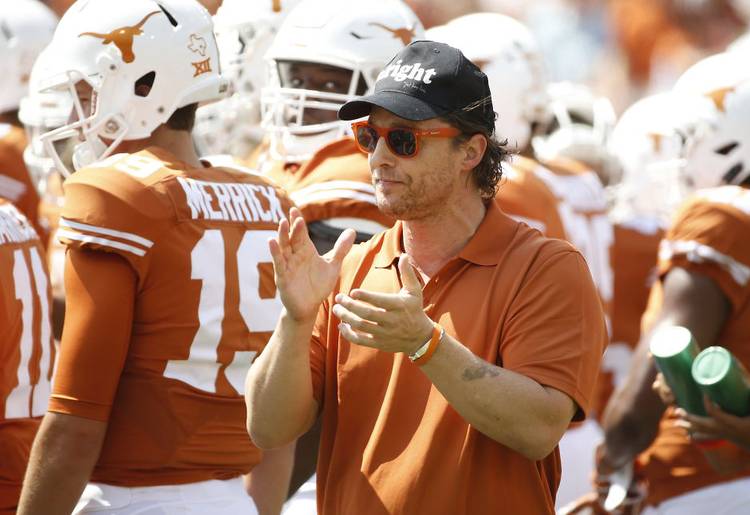 Actor and UT alum Matthew McConaughey on the field for warm-ups prior to the Longhorn's game against Oklahoma State at Darrell K. Royal Memorial Stadium in Austin. JAY JANNER/AMERICAN-STATESMAN

There are a few things that are certain in this life. The sun rises in the east and sets in the west. We all pay taxes. Texas summers are hot. And Matthew McConaughey will always visit the University of Texas for a football practice pep talk.

PHOTOS: Matthew McConaughey through the years

The UT alumnus and sometimes UT professor has a long history of supporting the Longhorns. There was the time he told the 2016 squad to “let it f—in’ rip, man!” Then there was that time he wore a Longhorns shirt while he was in Rio de Janeiro for the 2016 Olympics. And then you have the time when McConaughey talked about Charlie strong’s legacy.

Texas’ first game of the season is on Sept. 1 against the University of Maryland in Landover, Md. Have you got your tickets yet?