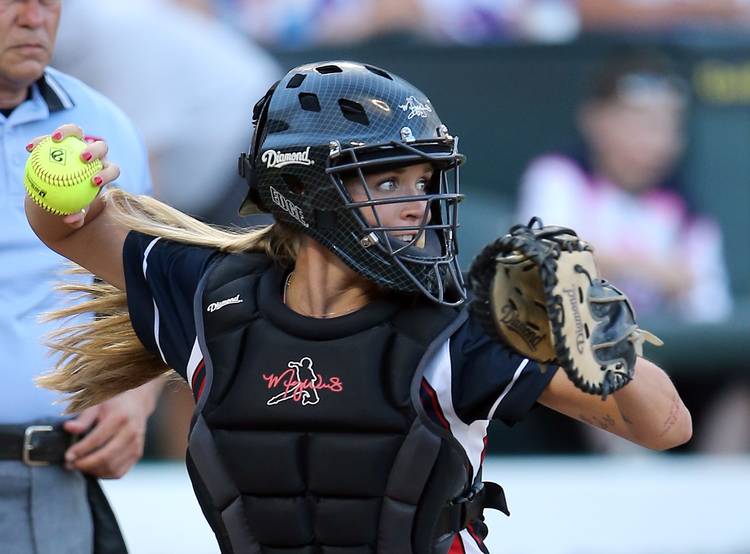 Texas softball alumna Megan Willis will take on a new role with her former National Pro Fastpitch team the USSSA Pride, based in Orlando, Fla.

Willis is best known for being All-American Cat Osterman’s catcher for several years at Texas and professionally in Japan and the NPF. She played eight seasons in the NPF with six of those being for the Pride, winning three championships in her career. Willis retired from playing prior to the 2016 season and took on a role as an assistant coach for the Pride.

At Texas, Willis was a three-time All-Big 12 catcher and back-to-back Big 12 defensive player of the year during her junior and senior seasons. She has also been the color commentator for Texas softball games for the Longhorn Network.

As the assistant general manager, Willis will serve as a liaison between Pride players and the USSSA front office. Her duties will include scouting draft prospects, administering free agent trades and acquisitions, coordinating in-season and off-season player appearances and planning the USSSA Pride’s fall tour.

“I could not be more excited about this opportunity! It has always been a goal of mine to become a GM of a team in the NPF, however, it wasn’t until I had the privilege to play for the USSSA Pride that I realized I didn’t want to be a GM for just any team, I wanted to take over for Don when that day came,” Willis said in a press release.