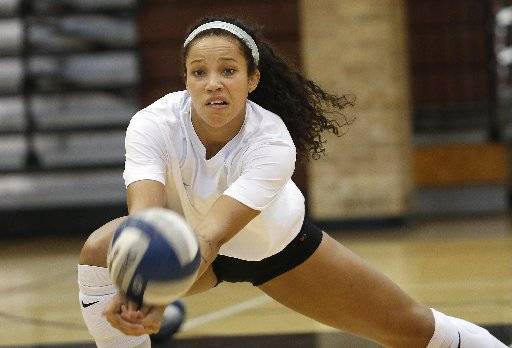 Micaya White was named Big 12 freshman of the week Monday after posting 38 kills at the Rams Volleyball Classic over the weekend.

It is the second straight time that White has earned freshman player of the week honors.

She had 21 kills in Texas’ sweep of Colorado State and 17 kills in the Longhorns’ four-set victory against Wichita State. White hit .329 over the weekend and was named most valuable player of the three-team event.

White ranks fourth in the conference in kills and fifth in points, and she is the sixth Texas freshman to earn two or more conference freshman of the week awards.