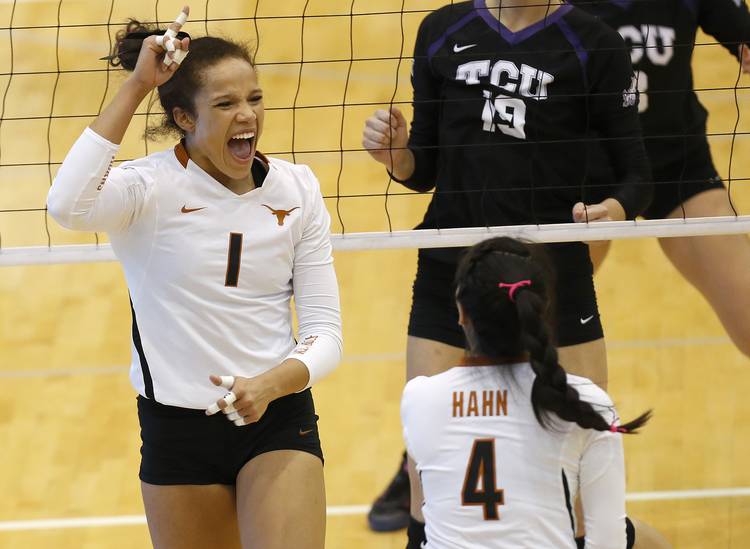 Micaya White is one win away from becoming a record-setting freshman.

White was named the Big 12’s Freshman of the Week on Monday. It was the fifth time that White has received this recognition, which ties a school record set by Michelle Kocher during the 2008 season. White, an outside hitter from Frisco, has five weeks left in her regular season.

This also marks the 24th time that a Texas player has won the Big 12’s Freshman of the Week award.

In wins over TCU and Texas Tech last week, While totaled 29 kills, 19 digs and eight blocks. White and West Virginia outside hitter Payton Caffrey, are the only players that have won the Big 12’s Freshman of the Week award this fall. White and Caffrey have each been honored five times.