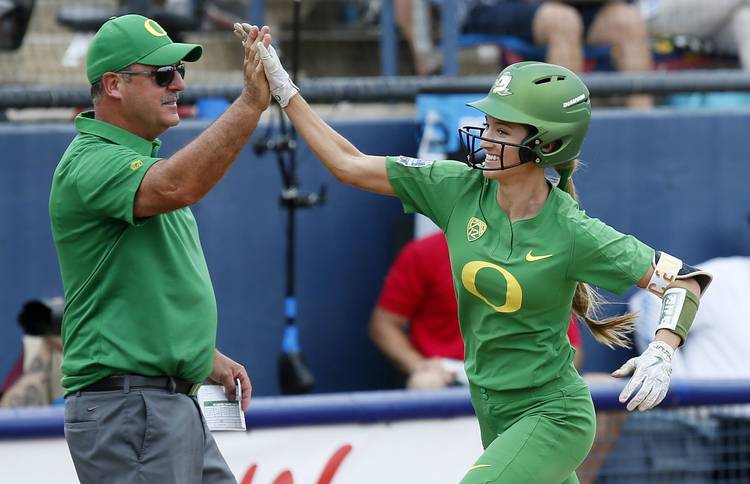 For the first time in over two decades, Texas has hired a new softball coach.

Texas announced on Monday that it had hired Oregon’s Mike White to lead its softball program. White will be introduced at a press conference on Tuesday morning.

Terms of White’s contract were not disclosed by Texas, although a source told the American-Statesman that the new coach will receive a five-year deal. The Eugene Register-Guard, which first reported the news, cited a source claiming that White will be the nation’s second-highest paid softball coach. The Oregonian quoted White as saying his decision “came down to the ability to get some financial security for my family.”

White, 56, replaces Connie Clark, who had been with the Longhorns since the school founded its softball program in 1996. In 22 varsity seasons from 1997-2018, Clark compiled an 873-401-3 record with five appearances at the College World Series. It was announced in May that Clark, who was in the final year of her contract, was stepping down.

“I believe The University of Texas has every resource available to become a national power in softball,” White said in a press release. “The recruiting base in Texas is tremendous, and the plans that (athletics director) Chris Del Conte has for the program and facility upgrades make Texas very appealing. I think it’s the right time in my career to make a move. I still have a lot of energy and time left to make an impact, and Texas has the backing and resources to do just that.”

In 2018, Oregon went 53-10 and entered the NCAA tournament as the top overall seed. The Ducks, though, went 1-2 at the Women’s College World Series and were eliminated by a 4-1 loss to Florida State, the eventual champion.

This past season, Texas got a first-hand look at White’s Ducks. At a tournament held in Mexico on Feb. 16, Texas was handed an 8-0 loss by Oregon. In what was tied for the second-most lopsided loss of UT’s year, Oregon threw a three-hitter in the five-inning game.

As Oregon’s coach, White was 4-1 against Texas.

“Mike is a highly-respected coach with a tremendous reputation in the softball community,” said athletics director Chris Del Conte, who hired Kentucky’s Edrick Floreal to coach UT’s track and field program on June 13. “What he has accomplished in nine years at Oregon is truly special.”

Among White’s tasks at Texas will be to contend both nationally and with Oklahoma, which has won the last 15 games in the Red River Rivalry. Texas has qualified for the NCAA tournament in 14 straight seasons, but the Longhorns last reached the Women’s College World Series in 2013. UT hasn’t been to a super regional in five years.

Texas went 33-26 in 2018. The Longhorns finished fourth in the Big 12 standings but won bronze at the conference’s tournament.

UT had a small senior class, but two of those four graduates were pitchers Paige von Sprecken and Erica Wright. That leaves all-conference honoree Brooke Bolinger as the only battle-tested arm on UT’s roster. As freshmen, Chloe Romero and Ariana Adams combined for 21 2/3 innings in the circle in 2018.

Offensively, the Longhorns should retain more experience. Catcher Taylor Ellsworth, outfielder Kaitlyn Washington and infielder Janae Jefferson each have an all-conference accolade on their resumes. Of the 10 Longhorns with 80 at-bats this past season, only von Sprecken was a senior.