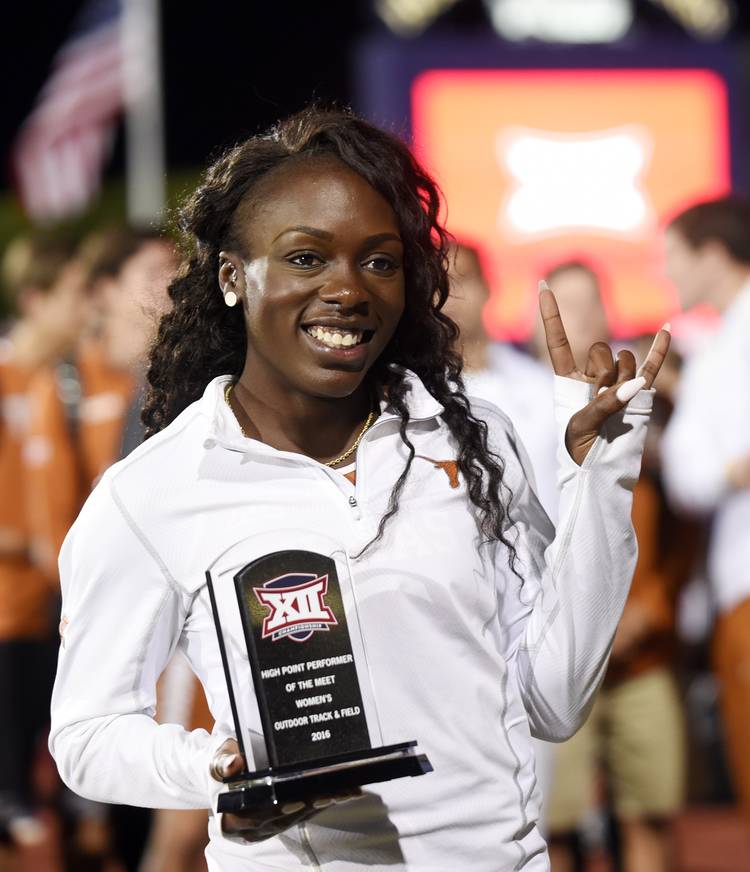 Morolake Akinosun was named the women’s outstanding performer of the year by the Big 12 Conference on Thursday. The Texas sprinter was honored after multiple record-breaking performances on the track this season.

The anchor leg of the women’s 400-meter relay team, Akinosun helped the Longhorns set the Lowdon Track Complex facility record of 44.05 at the meet as well.

In her three-year career at Texas, Akinosun won nine titles in her three primary events and was undefeated in finals at the Big 12 Championships.

This is the sixth time a Longhorn has been named women’s performer of the year, breaking a tie with Texas A&M which is no longer in the conference.

The Texas track team is now preparing for the NCAA West preliminary rounds to be held next week at Rock Jock Park in Lawrence, Kan.