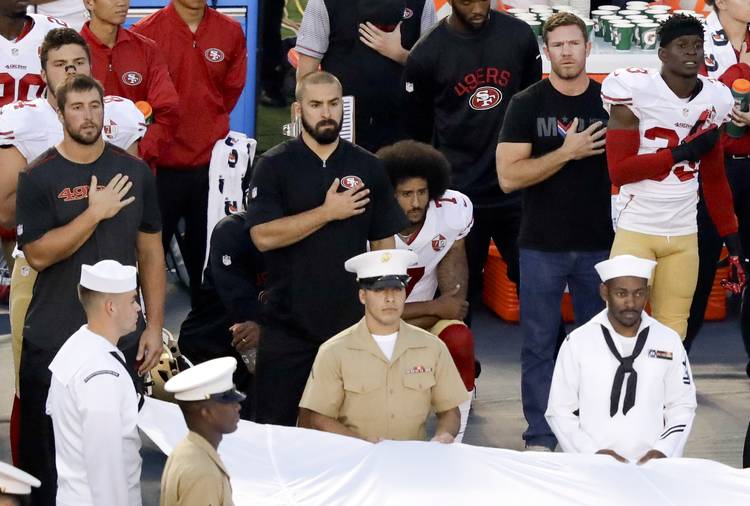 A couple of days after he penned an open letter to Colin Kaepernick of the San Francisco 49ers, former Texas long snapper Nate Boyer met with the quarterback who has sparked a national discussion.

Boyer, who was a Green Beret before he walked onto the Texas football team, met with Kaepernick before the 49ers’ preseason finale against San Diego on Thursday. Kaepernick has declined to stand for the National Anthem throughout the preseason as a protest for what he views as racial inequalities in this country. Kaepernick’s protest is expected to extend into a regular season that begins next week.

Thanks for the invite brother… Good talk. Let's just keep moving forward. This is what America should be all about pic.twitter.com/LgjPpjk173

Boyer was standing next to Kaepernick in the black shirt during anthem as he knelt. pic.twitter.com/lFclznvYLo

Said Kaepernick of the meeting with Boyer: “We were talking to him about how can we get the message back on track and not take away from the military, not take away from pride in our country but keep the focus on what the issues really are. As we talked about it, we came up with taking a knee because there are issues that still need to be addressed and there was also a way to show more respect for the men and women that fight for this country.”

Boyer wrote in an open letter that was published on ArmyTimes.com that he would have been hurt had one of his teammates declined to stand during the National Anthem, but he also expressed support for Kaepernick and said he was willing to listen to the reasoning behind such a protest. On Thursday, that conversation happened.