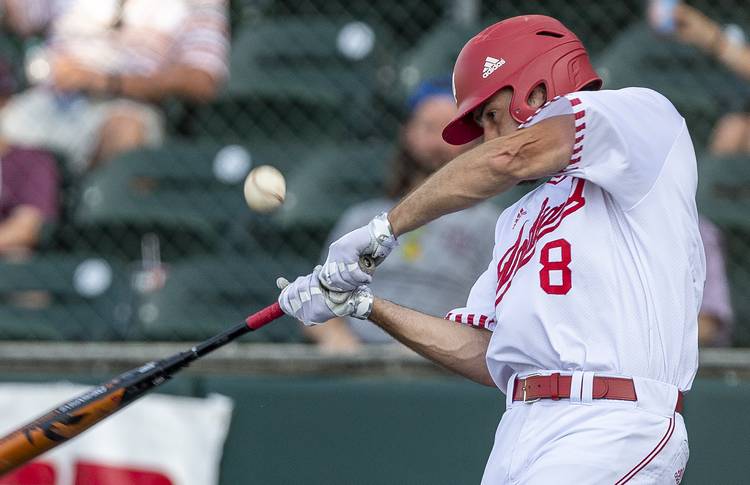 On Saturday afternoon, Indiana returned to form. Its opponents from Texas Southern couldn’t do the same.

One day after opening the postseason with a 10-3 loss, Indiana bounced back with a 6-0 shutout of Texas Southern at UFCU Disch-Falk Field. Led by Pauly Milto’s four-hitter on the mound and RBIs spread out among five Hoosiers, Indiana improved to 39-18.

The Hoosiers will attempt to keep its season alive on Sunday by beating both Texas A&M and Texas. Indiana must first beat the loser of Saturday’s showdown between the Longhorns and Aggies at 2 p.m. If successful, Indiana would move onto face the Longhorn/Aggie winner at 8 p.m.

“We have an older group that’s played a lot together,” Indiana coach Chris Lemonis said. “We’ve had a good ride and we just want it to last a little bit longer.”

In its tournament opener against Texas A&M, Indiana allowed a season-high in runs. The Hoosiers had been ranked fifth nationally in ERA. After its ERA rose from 2.95 to 3.08 following the Aggie attack, Indiana found itself trailing eight teams in that statistical category.

Milto led Indiana to its eighth shutout of the season with the second complete-game effort of his junior year. Milto notched 10 strikeouts while issuing two walks. Now 8-2 on the season, the 6-3 right-hander retired 10 straight batters at one point.

“I told him that was the best start I’ve seen in four years,” said Lemonis, Indiana’s head coach since the 2015 season. “He’s pitched twice when it’s been extremely hot, and it’s been his two best times. Hopefully we can keep pitching him in the warm weather.”

Texas Southern (27-28) entered the postseason averaging nearly seven runs per game. Among NCAA dugouts, the Tigers also ranked among the top ten teams in batting average and stolen bases. In two regional games this weekend, Texas Southern was 9-for-59 at the plate with zero runs and one steal.

“(Chase) Shugart was good last night and the guy that pitched today, he was 7-2 and we just looked really out of ourselves,” said Texas Southern coach Michael Robertson, whose team lost a 10-0 decision to Texas on Friday. “It’s difficult to explain… We’ve been consistent all year long.”

In the fourth inning on Friday, the Hoosiers drove in three runs by hitting two doubles and a triple in consecutive two-out at-bats. Indiana added two runs in the fifth inning and catcher Ryan Fineman homered in the eighth inning.

On Saturday, Indiana scored four of its six runs with two outs.