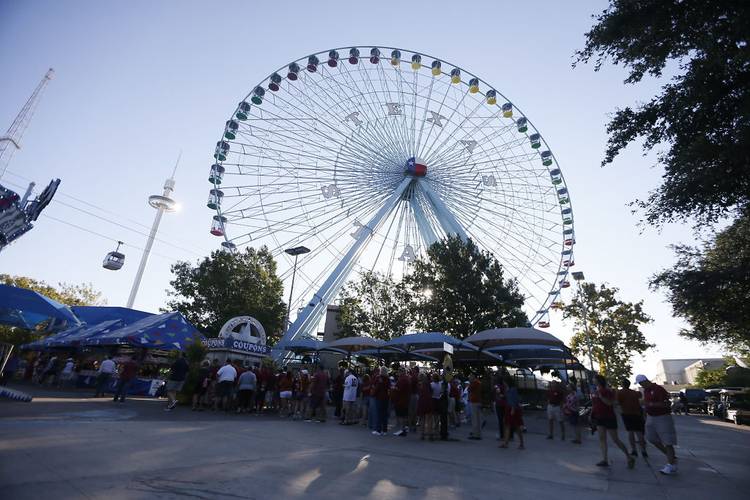 Two of the best parts of the Red River Showdown?

My "breakfast" today? Brisket, sausage, beans and cole slaw at 9 a.m. Must be Texas-OU.

Hanging out with my man @JRsBBQ before the game. pic.twitter.com/le9ySZQd3j

But maybe it wasn’t that packed this year?

Very, very low key vibe here at the State Fair. But they do offer free pudding and chili on the way in. Your stomach has been warned.

Easiest drive to the Cotton Bowl for a Texas-OU game EVER.

Daje Johnson (concussion) is returning punts in pre-game. He just went one-handed on one of them.

DE Shiro Davis (knee) traveled to the game and is expected to play.

Some markets not getting ABC, Texas-OU