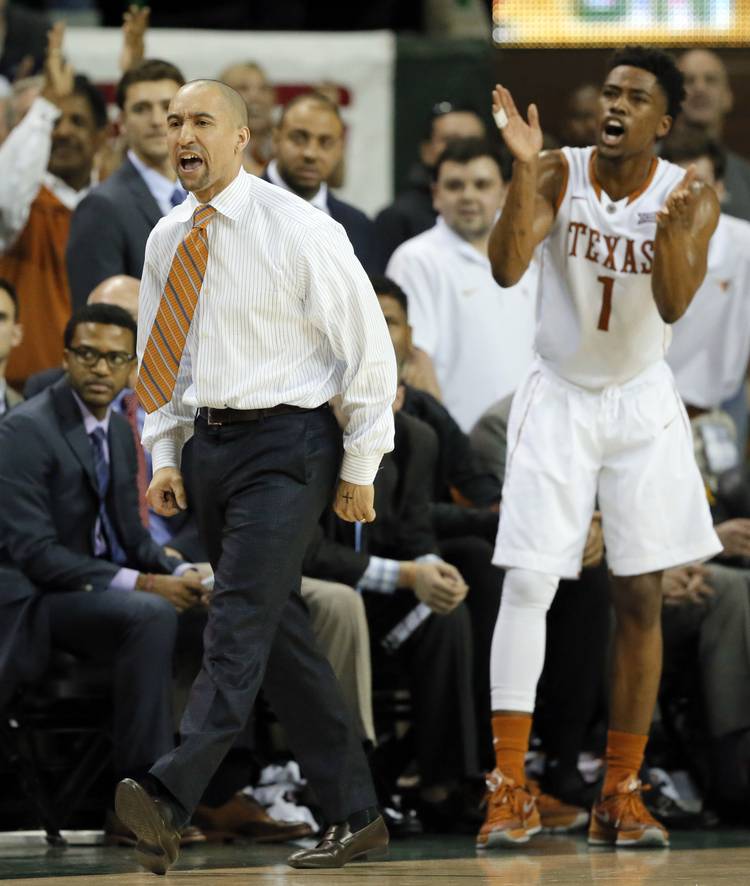 Texas head coach Shaka Smart and Isaiah Taylor (1) celebrate a basket against Baylor late in the second half on Monday. (AP Photo/Tony Gutierrez)

Shaka Smart’s Texas Longhorns may be one of the hottest teams in college basketball at the moment, having won seven of their last eight games. National pollsters are taking notice, too.

The Longhorns made their first appearance in the Associated Press Top 25 poll this season by landing 24th overall when the poll was updated Monday. The Horns cracked the USA Today coaches poll as well, checking in 25th overall.

Texas is no stranger to the national polls, having climbed as high as sixth last season. But the Horns slid all the way down and eventually out completely by early February as last year’s team stumbled to an 8-10 Big 12 record.

Oklahoma, which held the top spot before getting upset last Saturday at Kansas State, fell two spots to No. 3 in the AP poll.

That makes Monday night’s Texas-OU game a matchup of two ranked teams. So far this season, the Horns are 4-2 against ranked opponents. Texas (16-7) has a 7-3 league record this season and is currently one game out of first place.