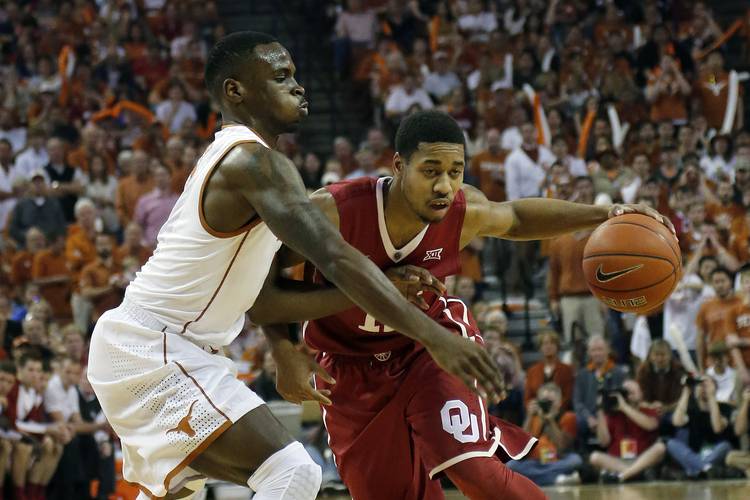 A full house of 16,540 fans were screaming the exact same thing in the final minutes as the Longhorns used a blistering 25-5 run to take a commanding lead and close out a 76-63 victory over the third-ranked Oklahoma Sooners.

OU’s star guard Buddy Hield had 33 points. But Isaiah Taylor scored 18 and Connor Lammert poured in 14 more as the Horns escaped a mid-game offensive funk and went into hyperdrive.

Three players deserve it for turning things around. Taylor missed a monster dunk but got fouled in the process with 4:28 remaining. His two free throws gave the Horns a 59-58 lead. Then, Prince Ibeh had a masterful tip-in off a Taylor miss. On the next possession, Javan Felix scored on a runout and Texas had 63-58 lead with 3:17 left. That kickstarted the closing stretch.

It wasn’t that long ago everyone crowed about the Horns’ ball movement. Remember when Texas had 21 assists and 21 made field goals against Baylor earlier this month? Well, Saturday’s game was the opposite of that, at least for the first 35 minutes. When it was all said and done, Texas had only seven assists on 25 made field goals. Few will complain, considering how many of the final dozen points were runouts, layups and dunks, though.

OU fans certainly enjoyed the Buddy Hield show, but Texas had a far better balanced scoring effort in the first half and down the stretch. Taylor had nine points, Lammert and Davis both had eight and Javan Felix scored six before the break. When it was over, five players were in double figures. Felix had 14, Kerwin Roach scored 12 and Eric Davis added 10.

When these two teams played in Norman, the Horns switched on almost all high screens, which meant UT’s big men found themselves guarding some of OU’s top sharp-shooters. Hield went right after any big man guarding him. He drilled a 3-pointer over Shaq Cleare, and then followed with a long jumper on the next possession. Isaiah Cousins hit a long jumper over Connor Lammert. Jordan Woodard wasn’t afraid to try a 3-pointer over Prince Ibeh, either.

Kansas closes out the 2015-16 regular season at 8 p.m. Monday at the Erwin Center. With a win over Texas Tech on Saturday, coach Bill Self’s club clinched its 12th straight Big 12 conference title — a mind-blowing accomplishment. The Jayhawks are currently ranked second in the Associated Press Top 25 poll, however they could slide up to No. 1 when the poll is updated midday Monday.