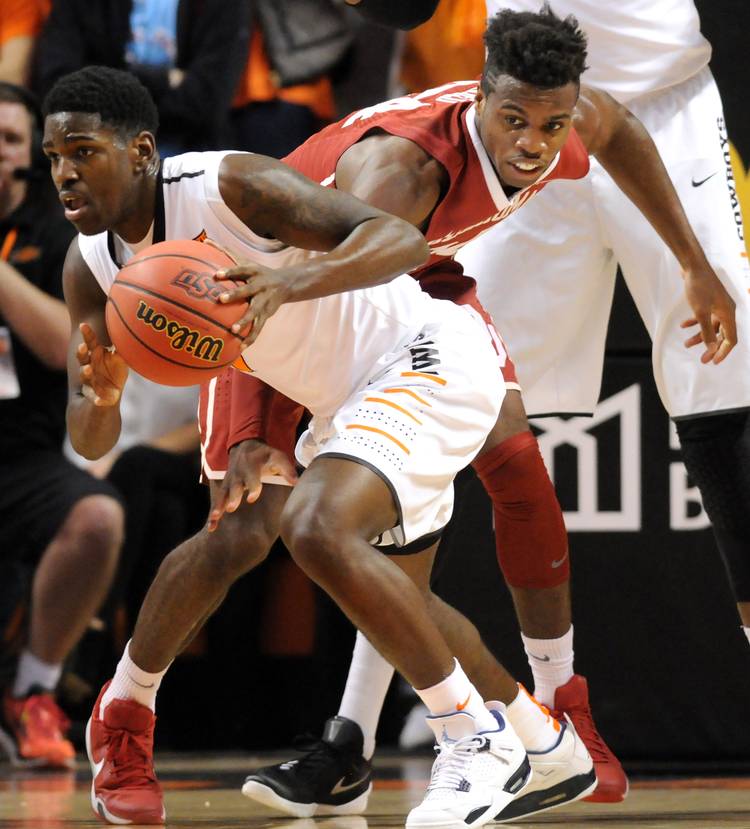 About the Longhorns: Despite losing two games early, Texas is still sitting in fifth place in the Big 12 standings. The league race is still too unpredictable at the moment. “Even though we dug ourselves a little bit of a hole in the beginning, you just keep fighting and you’re never out of the picture,” C Prince Ibeh said. … Coach Shaka Smart said he wants his Horns to play faster, something the guards like to hear. “The guards have to run, the wings have to run. Everybody just has to get out and run,” Tevin Mack said. … Texas took a season-high 74 shots in Tuesday’s overtime win against Iowa State. That included 31 3-point shots, which tied for the season high.

About the Cowboys: If you didn’t know much about freshman Jawun Evans, then Wednesday’s game against Oklahoma was probably an eye-opener. Evans finished with an OSU freshman-record 42 points and the most ever by a Cowboys player against the Sooners. It was also the sixth-highest total scored by anyone in Division I this season. Evans was also trending on Twitter. “My phone was freezing. I was getting so many text messages, and Instagram and Twitter notifications, there was a lot going on. I couldn’t sleep because my phone kept vibrating,” he said. … G Phil Forte, a Flower Mound product who has torn Texas apart over the years, is out with an elbow injury.