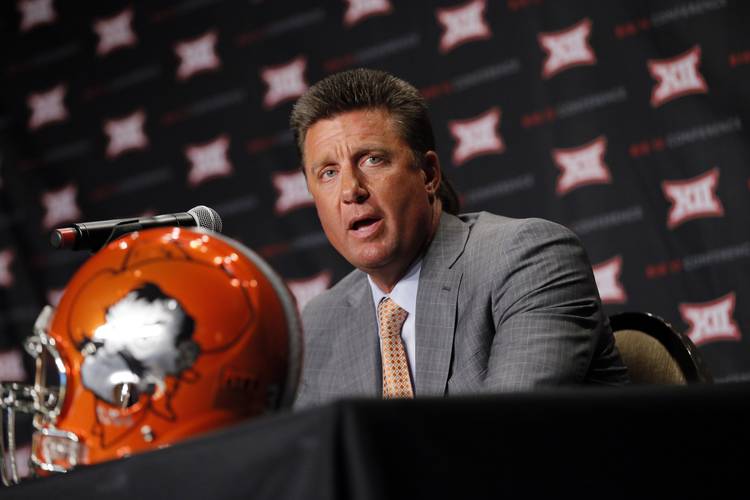 DALLAS — Despite winning 10 games, Oklahoma State had a disappointing run game in 2015.

To help correct this, OSU has acquired a running back with a familiar name. Barry J. Sanders, a graduate transfer from Stanford, has elected to play his senior season in Stillwater where his father won the 1988 Heisman Trophy.

The younger Sanders has been around the program for only a month, but Gundy is hearing good things from his staffers.

“I know that he’s mature, dependable, seems to be durable,” Gundy said. “He came from a winning program and an offense that obviously runs the football. His personality, his attitude have been really good up to this point.”

Big 12 takeaway: When sports and real life collide with each other