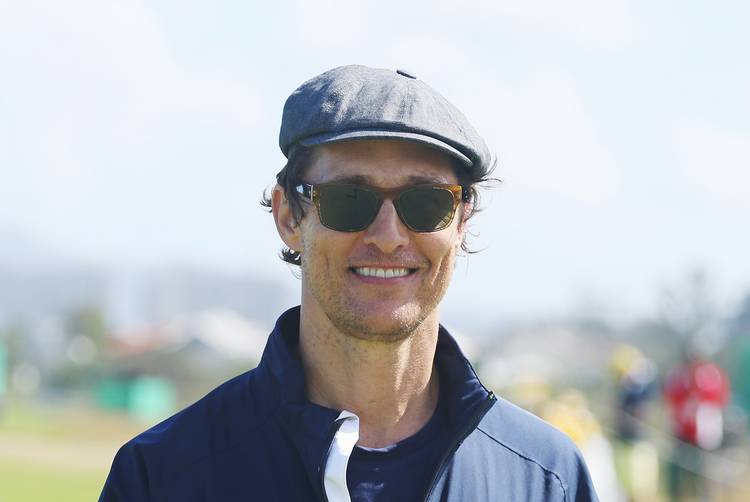 RIO DE JANEIRO, BRAZIL - AUGUST 12: Actor Matthew McConaughey follows the play during the second round of the golf on Day 7 of the Rio 2016 Olympic Games at the Olympic Golf Course on August 12, 2016 in Rio de Janeiro, Brazil. (Photo by Scott Halleran/Getty Images)

Austin’s “spirit animal,” Matthew McConaughey, continues to represent for the Longhorns at the 2016 Summer Olympic Games in Rio.

The No. 1 Longhorn fan posed for a picture with UT Austin’s Olympic gold medalists Jack Conger, Townley Haas and Jimmy Feigen. Complete, of course, with a round of “Hook ’em” hand signs.

McConaughey had previously broken out a special stars-and-stripes Hook ’em t-shirt just for the games.

The actor also posed for a picture with the most decorated Olympian of all time, Michael Phelps, after cheering him on during a race which won him his 22nd Olympic gold medal. Phelps isn’t a Longhorn, but he’s alright, or whatever.

DeAndre McNeal to transfer from Texas; will consider Texas A&M