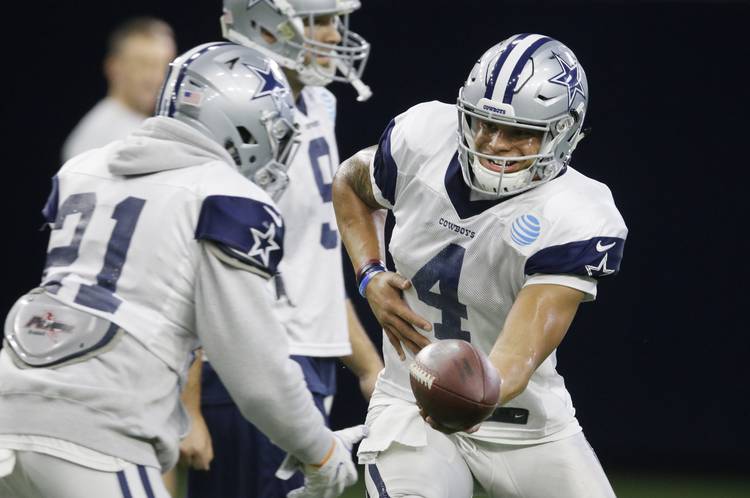 Dallas Cowboys running back Ezekiel Elliott (21) takes the handoff from quarterback Dak Prescott (4) as Tony Romo (9) stands in the background during an indoor NFL football practice at the team's headquarters in Frisco, Texas, Wednesday, Jan. 11, 2017. The Cowboys face the Green Bay Packers in the NFL playoffs this Sunday. (AP Photo/LM Otero)

The guys also discuss Kirk’s trip to Tampa for the national championship game and his conversation with Charlie Strong.