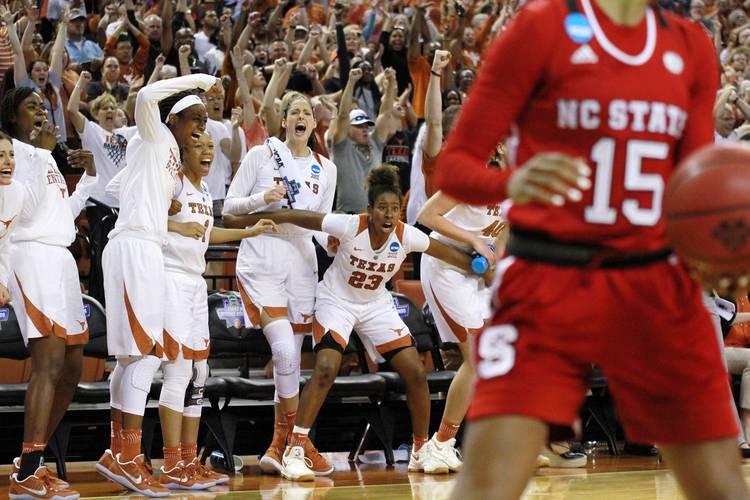 Texas Longhorns Ariel Atkins holds teammates back Sunday, during the final seconds of the 4th quater at the NCAA Womens Tournament. Dustin Safranek FOR AMERICAN-STATESMAN

In Episode 49 of On Second Thought, Cedric Golden and Kirk Bohls take the show on the road to the WGC-Dell Technologies Match Play at Austin Country Club. Also, they discuss Jarrett Allen’s decision and are joined by Texas women’s basketball writer Rick Cantu, who breaks down Friday’s Sweet Sixteen showdown with Stanford.

WATCH: Texas DC Todd Orlando – ‘We’ve got to do a better job of communicating’ in 2017