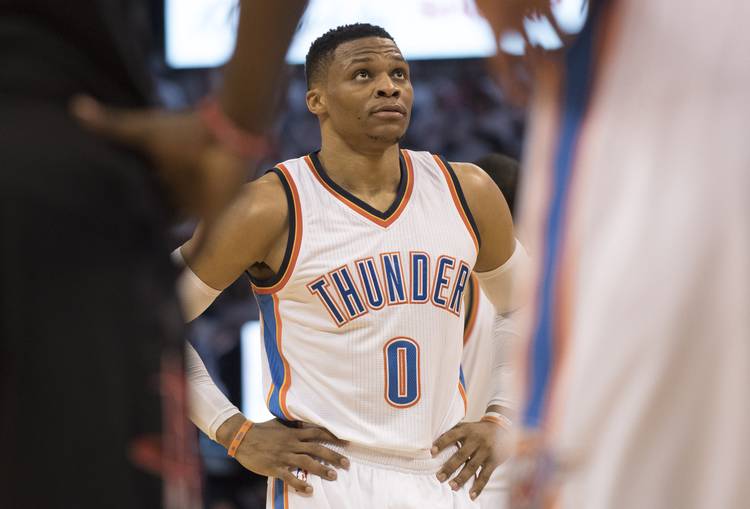 Russell Westbrook #0 of the Oklahoma City Thunder waits to shoot free throws against the Houston Rockets during the second half of Game Three in the 2017 NBA Playoffs Western Conference Quarterfinals on April 21, 2017 in Oklahoma City, Oklahoma. Oklahoma City defeated Houston 115-113 NOTE TO USER: User expressly acknowledges and agrees that, by downloading and or using this photograph, User is consenting to the terms and conditions of the Getty Images License Agreement. (Photo by J Pat Carter/Getty Images)

In Episode 54 of the On Second Thought podcast, Fort Worth Star-Telegram writer Charean Williams gives a primer on the Dallas Cowboys’ draft needs and The Oklahoman columnist Berry Tramel discusses his postgame interview exchange with Oklahoma City guard Russell Westbrook after the Thunder was eliminated from the NBA playoffs. Cedric and Kirk also preview tonight’s Game 6 between the San Antonio Spurs and the Memphis Grizzlies.

SOCIAL REACTION: Texas taking talented recruits away from the state of Oklahoma