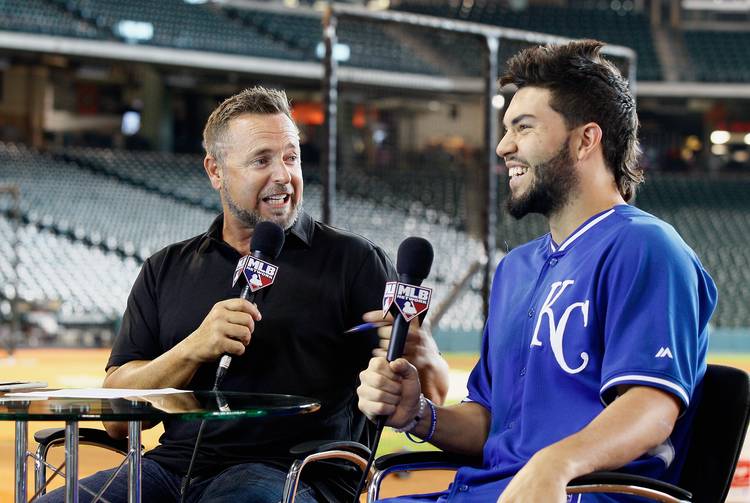 Kevin Millar, left, talks with Eric Hosmer of the Kansas City Royals during an episode of Intentional Talk on the MLB Network at Minute Maid Park on June 29, 2015 in Houston, Texas. (Photo by Bob Levey/Getty Images)

In Episode 62 of the On Second Thought podcast, former Major League player Kevin Millar joins Cedric and Kirk to tell some of his favorite stories from the 2004 Boston Red Sox team that won the World Series. The guys also break down the NBA draft and ponder LeBron James’ potential role in the parting of ways with Cleveland general manager David Griffin.

Athlon’s 2017 All-Americans includes 2 Longhorns, but they aren’t the two you think

The Next 25: Production, big plays — No. 2 Arjei Henderson has it all