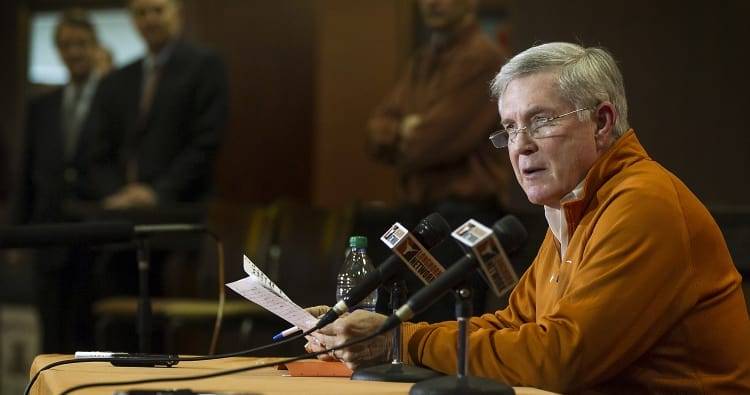 In Episode 70 of the On Second Thought podcast, legendary Texas football coach Mack Brown joins Cedric Golden and Kirk Bohls to discuss his induction into the Rose Bowl Hall of Fame and his best memories from coaching in the Granddaddy of all bowl games, including the 2005 national title game. He also discusses the Horns’ early struggles under new coach Tom Herman.

The Week 2 guide to watching Texas commits in action