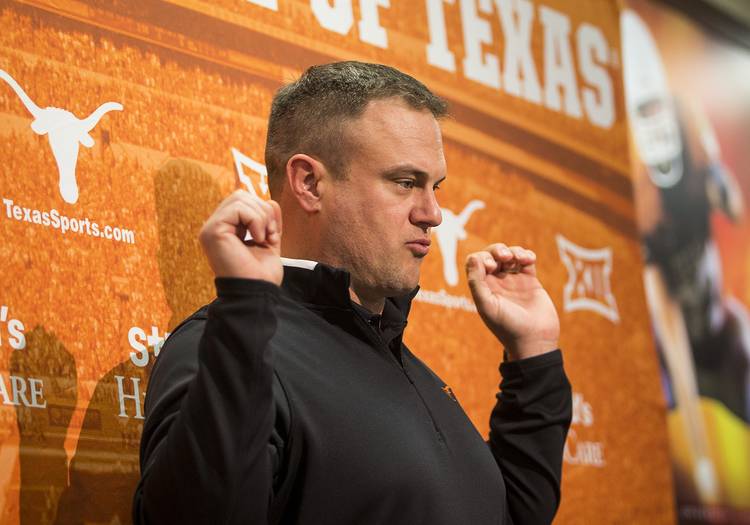 Texas football coach Tom Herman does an impression of a recruit while talking about signing day during a press conference at the Moncrief Athletics Complex in Austin, Texas, on Wednesday, Feb. 7, 2018. (Nick Wagner/American-Statesman)

In episode 85 of the On Second thought podcast, Ced and Kirk discuss Texas’ National Signing Day haul and break down Nick Foles’ future after his Super Bowl MVP performance.

What will Dylan Osetkowski do with his hair next?