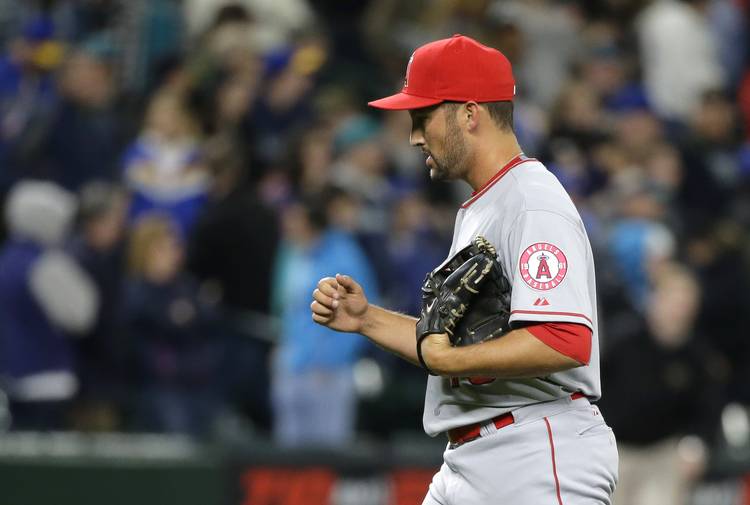 Los Angeles Angels closing pitcher Huston Street pumps his fist at the close of the Angels' 5-3 win over the Seattle Mariners in a baseball game, Wednesday, April 8, 2015, in Seattle. (AP Photo/Ted S. Warren)

In Episode 91 of the On Second Thought podcast, Ced and Kirk put a bow on Shaka Smart’s third season at Texas. They also visit with women’s coach Karen Aston, who has her team in another Sweet 16, and Longhorn legend Huston Street, who shares his favorite Augie Garrido stories.