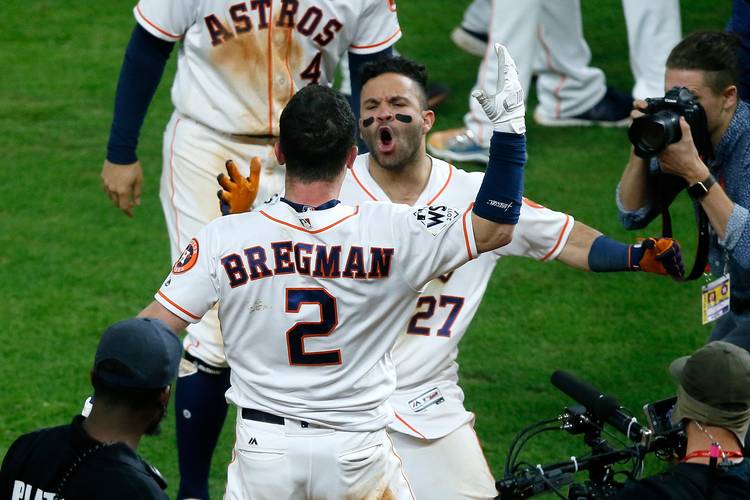 Alex Bregman #2 of the Houston Astros celebrates with Jose Altuve #27 after hitting the game-winning single during the tenth inning to defeat the Los Angeles Dodgers in game five of the 2017 World Series at Minute Maid Park on October 30, 2017 in Houston, Texas. The Astros defeated the Dodgers 13-12. (Photo by Bob Levey/Getty Images)

In Episode 94 of the On Second Thought podcast, hosts Cedric Golden and Kirk Bohls welcome Statesman food critic Matthew Odam to the dungeon. Odam, a devout fan of the Houston Astros and Houston Rockets, talks about his love of H-town sports and is grilled on why he doesn’t share the hosts’ love of Rudy’s brisket.

Also, college football writer Suzanne Halliburton gives some insight on Johnny Manziel’s comeback attempt along with a primer on Texas A&M football, which has its spring game Saturday.

Breakfast with Bevo: And with the first pick of the 2018 WNBA Draft, the Las Vegas Aces select …

Texas, Notre Dame in a two-team race for NaNa Osafo-Mensah