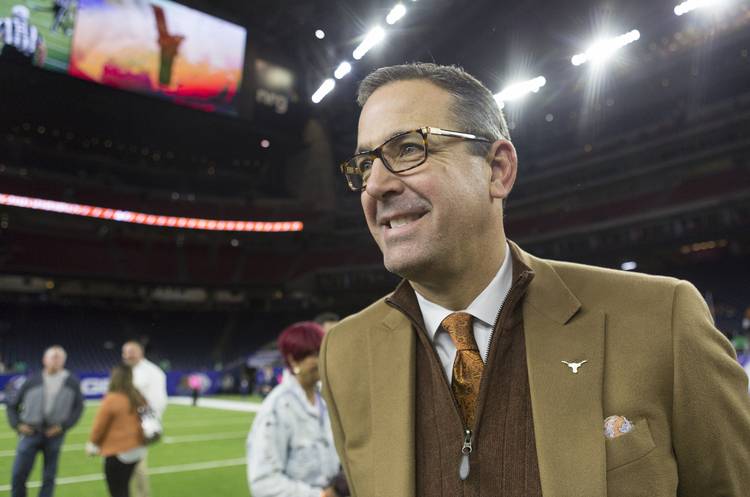 Texas athletic director Chris Del Conte on the field after a 33-16 win over Missouri during the Texas Bowl NCAA college football game in Houston, Wednesday, Dec. 27, 2017. (Stephen Spillman / for American-Statesman)