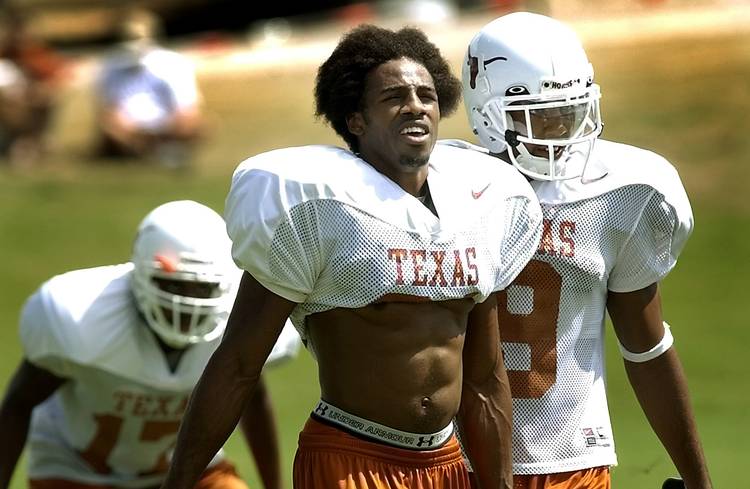 UT cornerback Rod Babers, center with no helmet, is one of the leaders in the secondary and makes sure everybody gets talked to during practice about breakdowns and jobs well done. The secondary should be one of Texas' strong points this season. Walking next to him is safety Dakarai Pearson. (Ralph Barrera/American-Statesman)

Longhorn legend and local sports talk personality Rod Babers give his unique take on the surging Texas Longhorns in Episode 112 of the On Second Thought podcast.
Babers, the host of the popular sports talk show The Rodcast on 104.9 The Horn, tells hosts Cedric Golden and Kirk Bohls why the Texas Longhorns can’t look past a wounded Kansas State team, despite the Wildcats’ recent struggles.
Kirk and Ced also assess the seat temperature level of two coaches of interest in the state: Texas basketball’s Shaka Smart and the Dallas Cowboys’ Jason Garrett.