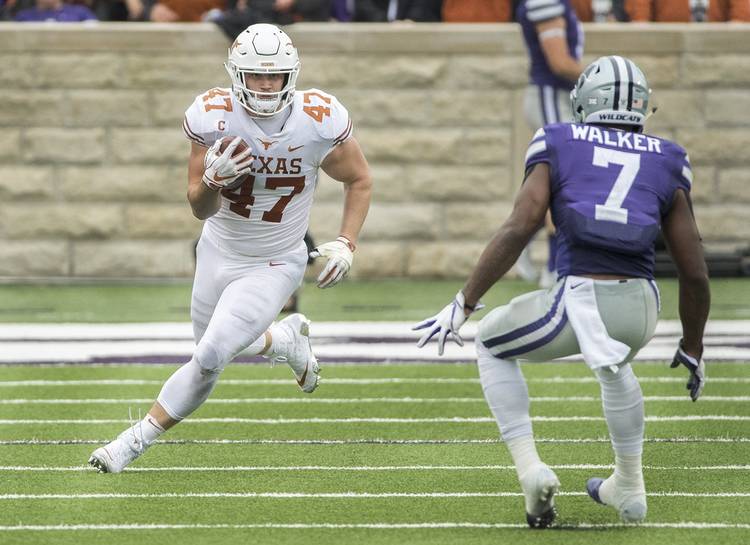 Texas Longhorns tight end Andrew Beck (47) runs the ball attempting to dodge a tackle from Kansas State Wildcats defensive back Eli Walker (7) in the second half of the NCAA college football game in Manhattan, Kan, at the Bill Snyder Family Stadium on Saturday, Sept. 29, 2018. [RICARDO B. BRAZZIELL/AMERICAN-STATESMAN]

In Episode 127 of the On Second Thought podcast, former Texas tight Andrew Beck discusses his Pro Timing Day preparation and reveals why he moved to Las Vegas to train. Hosts Cedric Golden and Kirk Bohls abreak down the NCAA Tourney status of the Texas basketball team, which plays at Oklahoma Saturday then examines the fallout from Colin Kaepernick’s settlement with the NFL.

Texas, Louisiana-Lafayette to play in 2021 season