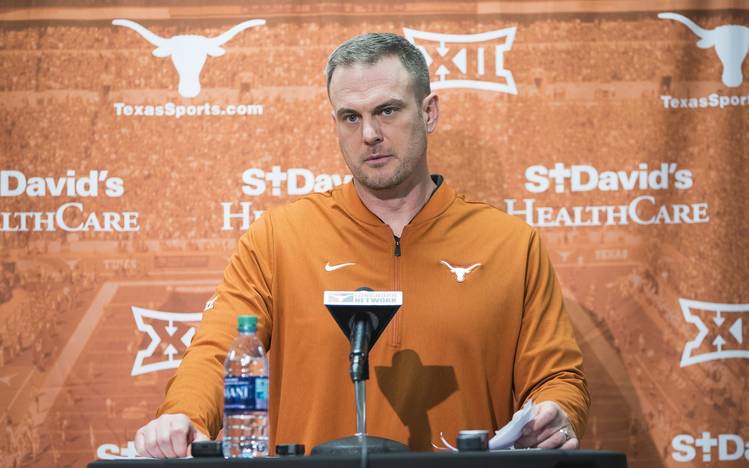 Texas head coach Tom Herman talks about his 2019 recruiting class during a press conference with local news media on Feb 6, 2019. RICARDO B. BRAZZIELL/AMERICAN-STATESMAN]

Texas began its quest to improve upon its Sugar Bowl win and 10-4 season with the start of spring football. What are Tom Herman’s biggest concerns? Also, Shaka Smart’s coaching seat just warmed up. Brian Davis joins hosts Cedric Golden and Kirk Bohls and gives us a primer before Texas’ Big 12 tourney opener against Kansas.