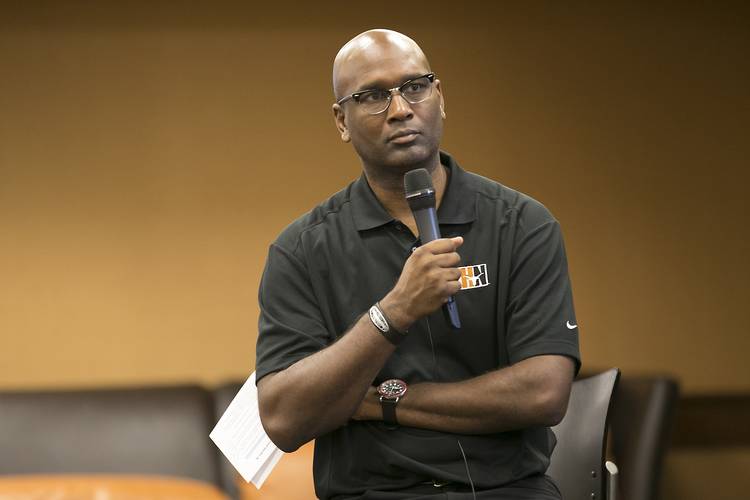 Lance Blanks, ESPN Commentator and former NBA Executive is the moderator of the event. Reclaiming Youth Sports: The Power of Positivity, a character developing event for athletes, coaches snd parents, was held Saturday on the University of Texas campus with special guest speakers sponsored by the Positive Coaching Alliance and UT's Division of Diversity and Community Engagement August 11, 2018. RALPH BARRERA / AMERICAN-STATESMAN

Texas legend Lance Blanks believes Texas basketball coach Shaka Smart should get another year to turn things around. He tells us why and breaks down the NCAA Tournament bracket in Episode 131 of the On Second Thought podcast.
Hosts Cedric Golden and Kirk Bohls also give their picks to win the NCAA Tournament.