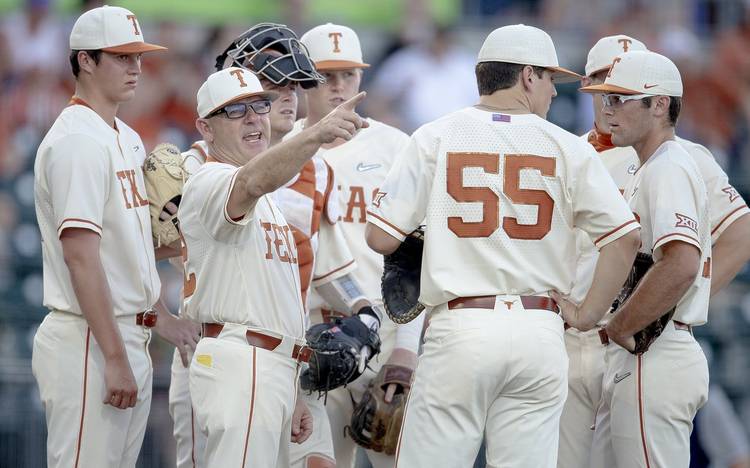 Texas head coach David Pierce calls for a reliever from the bullpen during an NCAA baseball game against Rice on April 9, 2019 in Austin. [NICK WAGNER/AMERICAN-STATESMAN]

In Episode 135 of the On Second Thought podcast, San Antonio Express-News columnist Mike Finger breaks down what could be the Spurs’ last stand in Game 6 of the NBA playoffs. Kirk and Ced also examine what ails Texas baseball and which Longhorns will get selected in the NFL draft this weekend.