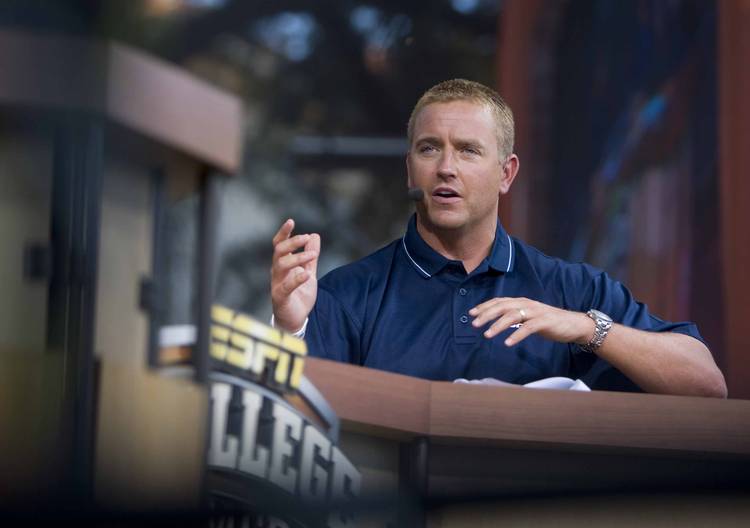 ESPN's Kirk Herbstreit during filming for the College Game Day live event at the south mall on the University of Texas campus at Austin.

In Episode 150 of the On Second Thought podcast, ESPN college football analyst Kirk Herbstreit gives his thoughts on Texas’ playoff prospects after the loss to LSU. Kirk and Ced also preview the Texas-Rice game and examine the Dallas Cowboys and Houston Texans who opened the season on opposite ends of the ledger.