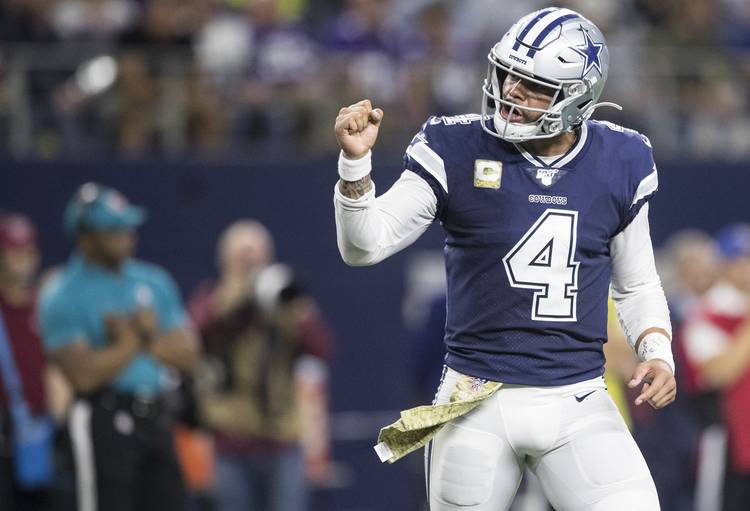 Dallas Cowboys quarterback Dak Prescott (4) celebrates a score against Minnesota Vikings in the first half of an NFL football game in Arlington, Texas, Sunday, Nov. 10, 2019, in Arlington, Texas.RICARDO B. BRAZZIELL / AMERICAN-STATESMAN

Dallas Morning News columnist Kevin Sherrington breaks down the latest on the upcoming NBA playoffs, MLB’s financial squabbles and the situation surrounding Dak Prescott’s contract negotiations with the Dallas Cowboys. He also chats about candidates for the next class of the Texas Sports Hall of Fame with fellow voters Cedric Golden and Kirk Bohls.