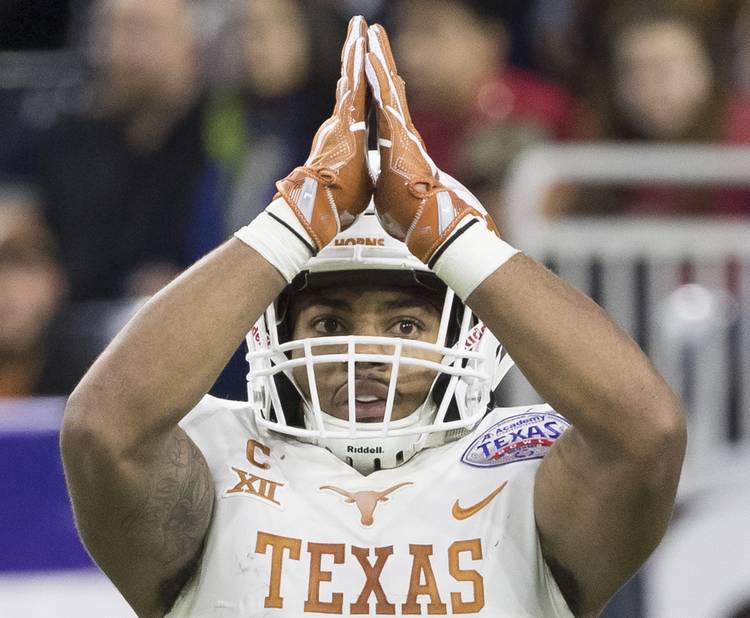 Locke was an unheralded signee in the 2015 class. The Beaumont Central product was the No. 598-ranked prospect in the nation and the No. 39-ranked safety in his class, per 247Sports’ composite. He was the No. 34-ranked player on the Fabulous 55.

Locke held 35 offers, choosing UT over programs like Oregon and Baylor. He didn’t receive a Texas offer until Feb. 1 of the cycle, committed to Texas two days later and signed with the Longhorns on Feb. 4.

Locke was a three-year starter in high school, playing multiple spots on defense. As a senior he recorded 62 tackles, seven interceptions and 10 pass breakups. He returned one of those interceptions for a touchdown.

Who Locke has been here — so far

Locke enters his senior season with 19 starts in 33 career games. With modern offenses, especially in the Big 12, playing multiple receivers nearly every snap, more than two corners are needed. The nickel corner is becoming an every-down position for the Texas defense and Locke was built for the duties of covering smaller, quicker slot receivers. He was selected a team captain before the 2017 season and started eight of the nine games he played in before injury cost him the final third of the campaign. He finished with 39 tackles.

He played in all 12 games as a freshman, primarily in spot duty on defense or on special teams. He finished the year with 14 tackles, a pass breakup and a forced fumble. He found his place as a nickel back during his sophomore season. He started nine games at the position. Locke recorded his first sack in the opener against Notre Dame and his first career interception later in the year in a win over Baylor.

Elected a captain in 2017, Locke will be asked once again to provide leadership for a defense that ranked 29th nationally in scoring defense. Locke also can lean on his 19 starts, which are second only to cornerback Kris Boyd’s 20 on the defense.

Locke found himself on the wrong end of highlights against Maryland and Oklahoma State, but good things happen when he keeps his man in front of him. According to Pro Football Focus, no returning cornerback in the Big 12 allowed fewer first downs in coverage than Locke.