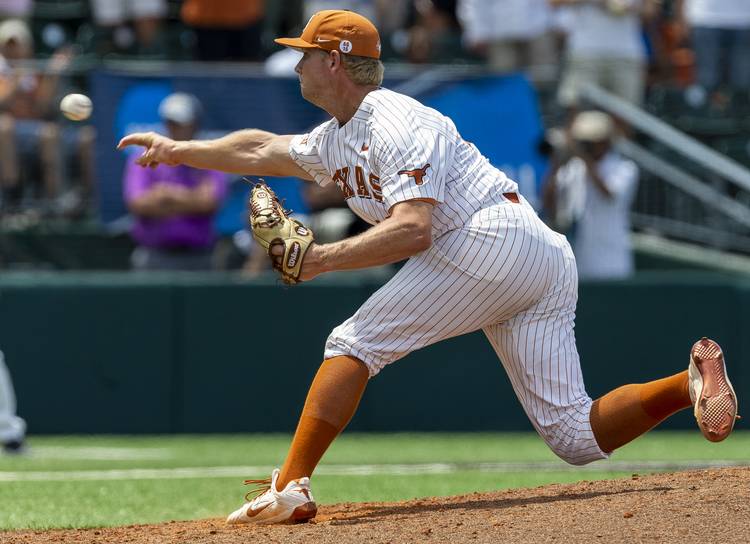 Robinson graduated in May, and he later announced that he would not return to Texas. He will instead join an organization that drafted ex-teammates Zane Gurwitz and Jon Malmin in 2017. Robinson’s father, Jeff, also pitched for the Angels in 1991.

Congrats to Parker Joe Robinson signing a contract today with the Angels. Well deserved from one of the hardest workings guys we have had. pic.twitter.com/6zK7K35Ch7

Robinson redshirted in 2015 and his next two years in Austin were nondescript. At the urging of new coach David Pierce, Robinson changed the way he threw a baseball ahead of the 2017 season. The side-armed delivery was a force out of UT’s bullpen this year.

A 6-5 right-hander, Robinson was 3-0 with a team-low 1.71 ERA this season. He recorded 31 strikeouts and nine walks in 31 2/3 innings. Robinson struggled against Arkansas in the College World Series, but he allowed three hits and a walk over his other four appearances in the NCAA tournament.

With his signing, Robinson joins an exodus of minor league-bound Longhorns. Kody Clemens (Tigers), Nolan Kingham (Braves), Chase Shugart (Red Sox) and Andy McGuire (Blue Jays) have already signed with the teams that drafted them. Left-handed reliever Josh Sawyer was also taken by the Chicago Cubs in the draft’s 16th round.