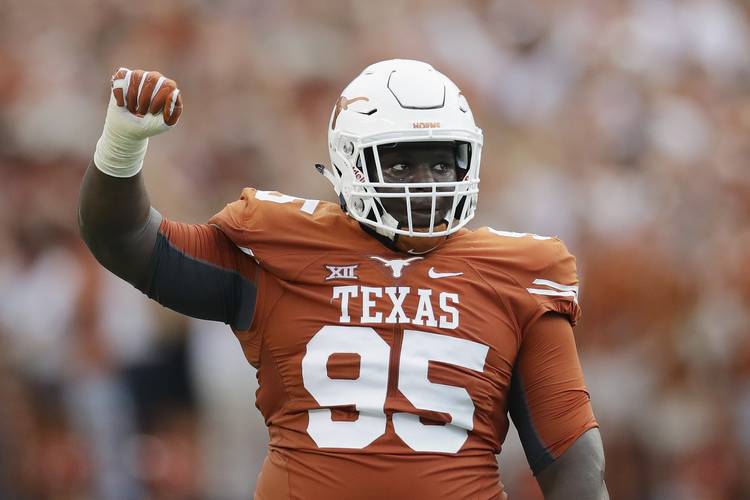 Asked about the draft prospects of Longhorns nose guard Poona Ford, (NFL draft analyst Lance) Zierlein said: “I thought he was solid, but his lack of overall size and the fact that he’s not considered an NFL rusher on third downs is going to limit his draft stock. I think some fans believe he’s going to go much higher than he will. Grady Jarrett was a freight train coming out of Clemson, and he went in the fifth. He was a better prospect than Ford.”

On the Big 12’s transfer proposal:

An excellent NCAA Division I proposal initiated by the Big 12 would allow athletes to transfer to other schools without restriction if their head coach is fired or takes another job, according to a report from CBS Sports. Athletes would not be permitted to follow the departing coach to their new program, although I really don’t understand why NCAA rules should hold these athletes hostage. I favor a one-time transfer rule with immediate eligibility, but this proposal would at least let them switch schools and not sit out a season if an NCAA postseason ban is given to the athlete’s current school. The proposal was written by faculty athletic reps at Baylor and Iowa State. “Basically, we’re saying kids can go anywhere they want,” Iowa State athletic director Jamie Pollard told CBS Sports. “For the first time ever in college athletics, the student-athlete is empowered.” It has never made sense to me that coaches can block where an athlete goes to school if it’s “all about the kids,” as they always say. These changes are so overdue.

So impressed with Kansas’ Devonte Graham, who for the fifth straight game Monday against Kansas State did not come off the floor. The ironman guard has played all 40 minutes in eight of the Jayhawks’ 22 games and 39 minutes in three others. … Does the Big 12’s 4-6 record against the average SEC portend bad things in March for the best RPI conference in the nation? Probably. Texas Tech doesn’t have a superstar, Oklahoma relies too much on its superstar, and West Virginia and Texas have too many offensive droughts. Pinning our hopes on you, Jayhawks.

For the rest of Kirk’s 9 Things, including his takes on Baker Mayfield and a visit with Ron Washington, click here.