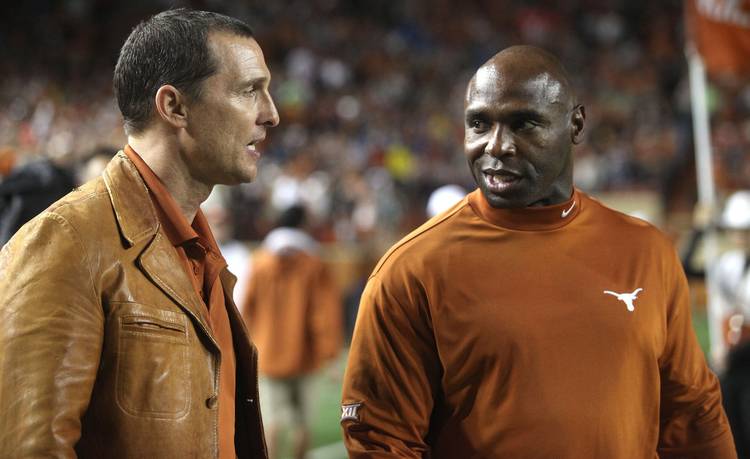 We all know actor and Texas alum Matthew McConaughey is a Longhorns superfan. His passion for the team is so renowned that, after athletic director Steve Patterson’s departure, many burnt orange diehards campaigned for McConaughey to lead the school’s sports programs.

It’s no surprise that the actor is on Cloud 9 after an incredibly impressive showing by Charlie Strong’s team on National Signing Day.

McConaughey tweeted, “great signing day for Longhorn football- congrats to the staff and the players- make it count- hook EM and let’s roll.”

Well, we would have said #LetsRide (in our Lincoln), but let’s not split hairs. Between this, the Internet’s steady stream of Signing Day memes and a video of Strong doing the dab, we’re just feeling so celebratory.